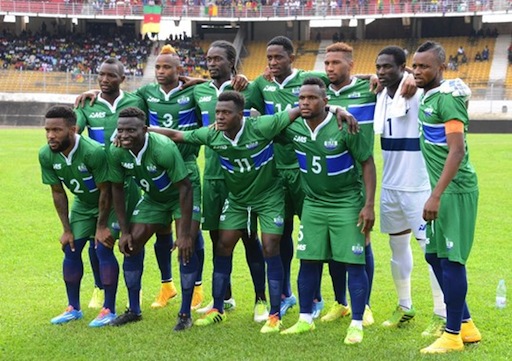 The delegation of senior national team of Sierra Leone, known as the Leone Stars, will arrive in Lagos on Monday for 2017 Africa Cup of Nations Matchday 2 clash with African champions, Cote d’Ivoire.

The host, Nigeria Football Federation, NFF, said on its website Sunday that the Leone Stars, to be made up of 32 persons and to be led by President of the Sierra Leone Football Association, Isha Johansen, will fly into Lagos aboard an Air Ivoire flight and stay at the Eko Hotel and Suites, Victoria Island.

Sunday’s clash between the Leone Stars and the Elephants at the 23,000 –capacity Teslim Balogun Stadium, Lagos will be the first time that Nigeria will host a competitive football game involving two other countries in her territory.

The NFF began the necessary moves to get government approval for the hosting after a request by the Sierra Leone Football Association, which was supported by CAF.

The ban on Sierra Leone from hosting international football matches following the outbreak of the ebola virus pandemic in 2014 is yet to be lifted, compelling the Leone Stars to play ‘home’ matches away from home.

The Elephants of Cote d’Ivoire, champions of Africa, are expected in Lagos on Wednesday.

Chairman of the NFF Marketing, Sponsorship and Television Advisory Committee, High Chief Emeka Inyama, who is playing a key role in the organization of the Leone Stars/Elephants match, said on Sunday that all matters have been working out as planned.

“There are no problems at all and we do not expect any. We are on ground in Lagos to organize a hitch –free game and we have taken into consideration even the minutest details related to the organization,” Inyama assured.