7 things that happen when you stop eating sugar 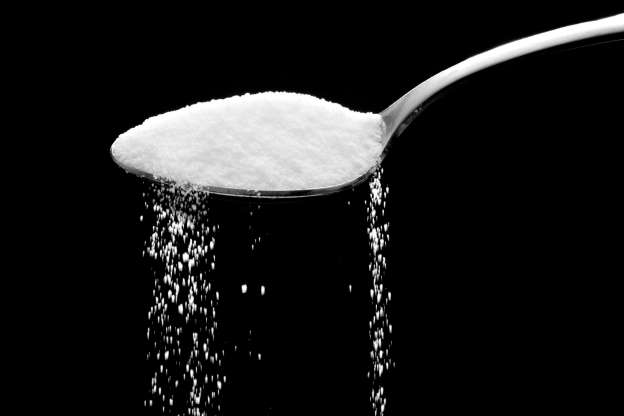 The average person shovels in 300 calories from added sugar every day, according to a recent report from the University of North Carolina. Roughly 20% of Americans exceed 700 calories of added sugar on a daily basis. That’s an entire cup of sugar. “Not only are we getting added sugar from obvious places like cakes, candy, and soda (soft drinks), but it’s also coming from healthier-sounding packaged products like salad dressing, pasta sauce, and yogurt,” says Elyse Powell, one of the report’s coauthors and a doctoral researcher at UNC. (To be clear, by “added sugar” we’re talking about the super-processed sweet stuff you’d add to a batch of cookies, not the natural sugars found in whole fruit, veggies, and plain milk.)

The big takeaway from that UNC report: Most of us could stand to cut back on sugar. The American Heart Association suggests women stick to 6 teaspoons or less of added sugar daily. That’s roughly 25 grams, or 100-calories worth, if you’re checking food labels.

Exactly what you’ll experience when you ditch the sweet stuff will depend on the size of your sugar habit; people on the high end of the sugar-consumption spectrum show “addict”-like withdrawal symptoms, including anxiety, restlessness, and even depression, research has shown.

But assuming you’re like the average American, there are a few things you can expect to happen once you wrestle your sugar habit back into its cage.

Your heart will do a happy dance:

“Within a few weeks’ time, you might expect to see a 10% decrease in LDL cholesterol and a 20 to 30% decrease in triglycerides.” Your BP would head in the right direction too, he says.

You won’t have to borrow your teen’s acne cream:

Systemic inflammation is a known acne trigger. And sugar—wouldn’t you know it?—is inflammatory.

One study in The American Journal of Clinical Nutrition found that when non soda-drinkers consumed one 12-ounce can a day for three weeks, their inflammation levels increased by 87%. Give up the soda and other sweetened drinks and you might not need as much of that expensive concealer, the research suggests.

Eating added sugar promotes the buildup of fatty deposits around your liver. These contribute to insulin resistance and undermine the work done by your pancreas, which normally stalls the production of insulin, says Robert Lustig, MD, author of Fat Chance: Beating The Odds Against Sugar, Processed Food, Obesity, and Disease.

In a study of sugar consumption in 175 nations, Lustig found that eating 150-calories of added sugar is 11 times more likely to contribute to the development of type-2 diabetes than 150 calories from protein or fat. So swap that sugary granola for a handful of nuts, pronto.

You won’t have to fake-smile:

It’s normal to be cranky for a while if you ditch sweets. (After all, they’re the foods we usually rely on for comfort and a quick hit of energy.) But once you’re over your sugar fix, you’ll feel better than ever.

You’ll sleep when you’re supposed to (for a change):

The crash from a sugar-high leaves you with mid-day sluggishness and an itching need for a nap. Also, added sugar triggers the release of the hormone cortisol, which interferes with slumber, Lustig says.

Give up added sugar, and you should be more awake and alert during the day, and also better prepared to catch some Z’s come bedtime.

Battling brain fog? Sugar may be to blame. One animal study at UCLA concluded a diet high in added sugar hinders learning and memory.

Over time, eating lots of sugar may actually damage communication among your brain’s cells, the study shows. So when you’re eyeing the doughnuts in a morning meeting, tell yourself you’ll be sharper without the sugar.

While you’ll probably replace some of those sugary calories with other foods—like trading a sugary granola bar for a handful of almonds—you won’t be eating as many calories overall, Powell says.

Scaling back your sugar habit by 200 calories a day could help you drop 10 pounds in five to six months. Now that’s sweet!