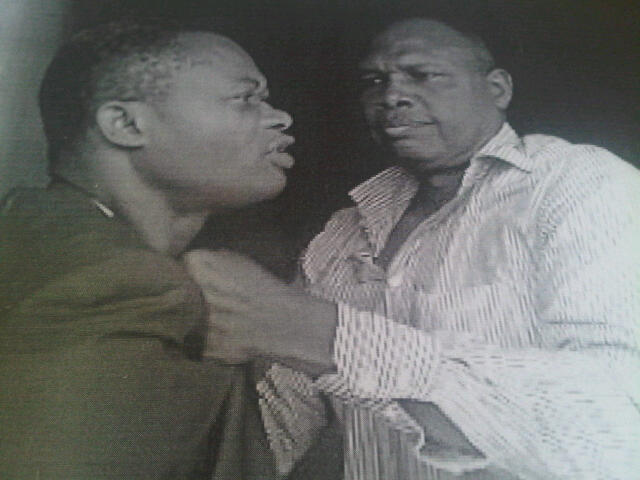 The victim met his fate after he obtained a court order and went to enforce it in the night.

Dr Dosumu allegedly battered Barrister Kolawole by grabbing him and unleashing several blows to his face which injured him and affected his eye.

It was not certain whether Dosumu is the owner of the house in question or the house was in dispute before Kolawole went there.

P.M.NEWS gathered that kolawole had gone to the house late in the night to enforce the order of the court to carry out verification of the six-flat building.

It was alleged that Dosumu and Taiwo Adeleke, who is now at large, prevented the lawyer from carrying out the task.

The police alleged that Dosumu grabbed Kolawole on his collar jacket and gave him several blows and in the process destroyed his suit and BlackBerry phone.

Dosumu later went to the police at Olosun division and reported that Kolawole broke into his apartment and stole his N800,000 which the police alleged was false.

The police charged Dosumu with assault, malicious damage and conduct likely to cause breach of public peace under the Criminal Code.

He pleaded not guilty and the presiding Magistrate, Mrs. A.O. Adebayo was granted bail in the sum of N100,000 with two sureties in like sum.

The matter which had suffered several adjournments was further adjourned till 16 September, 2015.