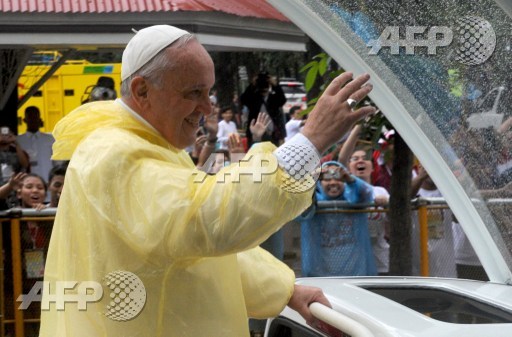 Pope Francis is making it easier for women and doctors to seek forgiveness for abortion, by allowing all priests to forgive it.

In Catholicism, abortion is viewed as such a grave sin that it can punished with excommunication.

In most countries, only a bishop can approve forgiveness for abortion. They would then delegate an expert priest to hear the confession.

The change is only for the coming Jubilee Year, beginning in December.

However, the rule relaxation will not affect Catholics in England, Wales and Scotland as all priests there can already forgive abortion without seeking permission from a bishop.

The Pope said many women who sought an abortion did so because they “believe that they have no other option”.

He added that he had “met so many women who bear in their heart the scar of this agonising and painful decision”.

The easing of the rules is being seen as a shift in Catholic Church policy, reflecting the Pope’s outspoken views on compassion and mercy.

“‘I have decided, notwithstanding anything to the contrary, to allow all priests for the Jubilee Year to absolve of the sin of abortion those who procure it and who also seek forgiveness,” Pope Francis said.

Pope Francis is aware that the decision will not be welcomed by traditionalists, says the BBC’s David Willey in Rome.

However, in contrast to his predecessors, he regards compassion and mercy as virtues that outclass all others.

The Jubilee Year runs from 8 December 2015 to 26 November 2016 and is seen as one of the Catholic Church’s most important events.

It normally takes place every 25 years unless a pope declares an extraordinary one to draw attention to a particular issue.