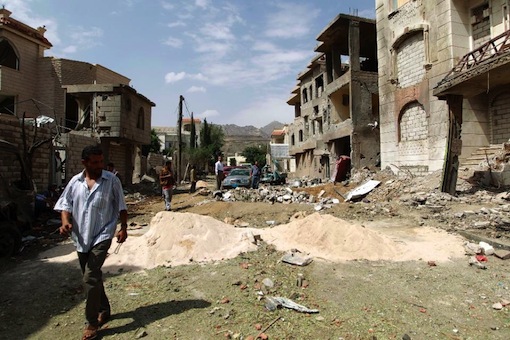 A Yemeni man walks past damaged buildings following an air-strike by the Saudi-led coalition on Sanaa, August 31, 2015 (AFP Photo/Mohammed Huwais)

Witnesses said the bombings were carried out by a man wearing an explosive belt and another driving a bomb-laden vehicle and targeted worshippers leaving the mosque in the Jarraf district in northern Sanaa.