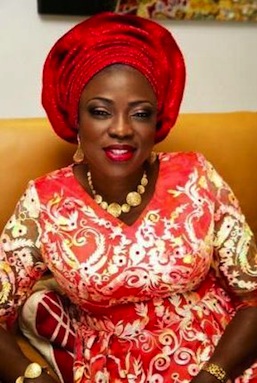 The Committee of Wives of Lagos State Officials (COWLSO) is mobilising over 1,500 women for this year’s National Women’s Conference in Lagos.

At a press conference at the Bagauda Kaltho Press Centre, Alausa in Ikeja, Lagos, southwest Nigeria, on Thursday, wife of the Lagos State Governor and Chairperson, COWLSO, Mrs. Bolanle Ambode said the conference is scheduled to hold from Wednesday, 16 to Friday, 18 September, 2015.

She said the theme of the conference is ‘Relevance in Economic Turbulence’ and that it would among other things, examine the role of women in economic downturn, especially to orientate them on how they could successfully turn the unpleasant global economic environment to the advantage of their families and society in general.

“The conference will provide new insights into establishing and maintaining good quality life and is expected to be an enriching experience for all participants,” she said.

Responding to a question on the criteria of the Inspirational Woman of the Year Award, Ambode said though the award is strictly for a distinguished Nigerian Woman, who has excelled in her chosen career and mentored other women, it is also important that such women share and support the vision of COWLSO.

“There is no way any woman who has mentored other women, through her activities in her chosen career, won’t share the vision of COWLSO. There will also be a presentation of certificates of appreciation to notable individuals to recognize others who were nominated for the receipt of the award,” she said.

She listed some of the selected topics to be treated at the conference to include “The Woman,” “The Economy and Challenging Times,” “The Future Counts-Save Today Thrive Tomorrow,” “Skills- A Sure Way To Sustainable Wealth” And “Government’s Support For The Women In Challenging Times,” among others.

She said the Conference which will hold at the Convention Centre, Eko Hotels and Suites, will be streamed live on the internet to afford social media enthusiasts the opportunity to be part of the event from anywhere in the world.