LASTMA loses power to apprehend vehicles, can only book offenders 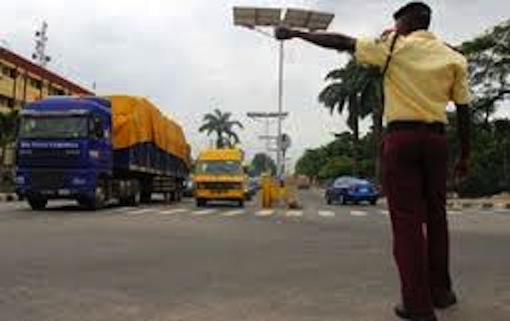 The Lagos State Government on Thursday directed the Lagos State Traffic Management Authority (LASTMA) to adopt a system of booking traffic offenders, rather than apprehending their vehicles.

Mr Oluseyi Whenu, Permanent Secretary, Ministry of Transportation, gave the directive while briefing the management of LASTMA on government’s new policy thrust in the transportation sector.

He said that such approach would ensure free flow of traffic in the metropolis.

He said that while government appreciated the invaluable contribution of the traffic managers to the current traffic situation in the state, more emphasis should be placed on flawless flow of traffic.

“The new directive by the State Government is that LASTMA officials should consider alternative traffic management methods rather than physical apprehension and arrest.

“A more perfect traffic management and documentation procedure is being put in place where traffic offenders are booked and given a grace period for payment.

“Defaulters will be apprehended at home through the information on the motor vehicle database.

“Since LASTMA officials are a reflection of the state government, they should ensure that their activities add value to the government’s covenant with Lagos residents to make life easier for them,” he said.

He urged LASTMA to synergise with other security agencies to ensure that the Lagos Road Traffic Law 2012 was enforced.

He also urged motorists, whose vehicles had been apprehended to visit the appropriate LASTMA depot to claim their vehicles after proper documentation as procedures had become more flexible.

He, however, implored Lagos residents to reciprocate government efforts by obeying all traffic laws and regulations.