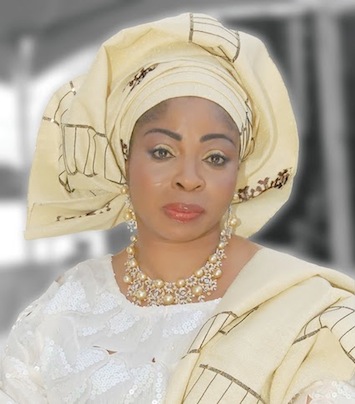 Mrs Folashade Abiodun Omotade, widow of a former permanent secretary of the Federal Capital Territory, Mr Deji Omotade, has filed an appeal against a bench warrant issued against her by a Lagos High Court, Ikeja, western Nigeria.

Mr. Deji Omotade died in the ill-fated Bellview Air crash of 22 October, 2005, and the bench warrant against his widow was issued by Hon. Justice L.A.F. Oluyemi on Tuesday, 21 July, 2015 following issues arising from a suit titled ‘In The Matter of the Estate of Late Mr. Olaseni Ayodeji Omotade ’ in which Mrs Folashade Omotade is a defendant.

The SAN as part of the grounds for appeal said the “Learned trial Judge erred in law by issuing/ordering the issuance of a bench warrant for the arrest of the Appellant on account of Appellant’s non-appearance in court on 21st July, 2015,” adding that “there was no proof of service hearing notice of court proceedings of 21st July, 2015 on the Appellant.”

He further stressed that “the right of the appellant to fair hearing was compromised or is likely to be compromised by the assumption of jurisdiction over contempt proceedings by the learned trial judge whose order is alleged to have been violated by the appellant.”

In addition, he said “The learned trial judge whose order was allegedly violated cannot be a judge in her own cause,” noting also that “The exercise of judicial power of issuance of bench warrant, for the arrest of the appellant (during the long vacation of the court) compromises or is likely to compromise appellant’s right to personal liberty enshrined by the 1999 Constitution (as amended).

Apart from Mrs Omotade not being in court on 21st July, the bench warrant was issued with respect to the sale, by her, of her house located at Omole Phase 1 which the litigant called Grace claimed belonged to the late permanent secretary.

Folashade averred that the house belonged to her and that she purchased it from Robinson Omorere for the sum of N60m, which she paid in three installments from cheques drawn from her company account.

She said Grace was a concubine and faulted her claim that she was Omotade’s wife, challenging her to produce legal proof of marriage.

They further argued that “the position of law is that the bench warrant cannot be executed whilst there is still an application for stay pending before the court.”