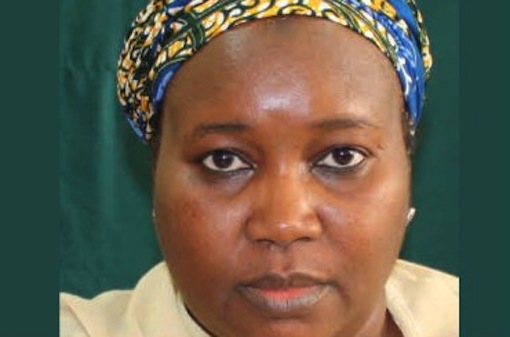 Some Nigerian women groups have expressed concern over what they see as the neglect of women in President Muhammadu Buhari’s recent appointment of principal officers.

The women raised the concern at a news conference in Abuja on Thursday.

The President of Women in Politics Forum (WIPF), Mrs Ebere Ifendu, said that the non-inclusion of women in the appointments so far made by the present administration would hamper the country’s democracy.

“We warn that this exclusion of women if not immediately checked, may lead to a situation where the generality of Nigerian women will regard themselves as outsiders in President Buhari’s administration.

“We want to sound a note of caution here, that this deliberate policy of ignoring the aspiration of Nigerian women for representation through this outright negligence or non-recognition in the scheme of things will not help the growth and sustenance of the country’s democratic project.

“It is foolhardy for anybody to believe that governance can be successful in a democratic setting in Nigeria, without the inclusion of a critical segment of its population.

“The value of having women contribute their experiences, their ideas and their skills in improving the lives of millions must be recognised.“

She urged the Buhari administration to fully implement the 35 per cent affirmative action as contained in the National Gender Policy, among other promises made to women during his campaign.

Ifendu said: “The President should appoint INEC Chairpersons and Commissioners with a clear representation of women in line with the National Gender Policy.

“In implementing the National Gender Policy, attention should be paid to integrity, intellectual capacity, credibility, administrative competency and antecedents of the appointees.

“The President (should) strengthen the Ministry of Women Affairs as an effective monitoring agency to track the delivery of results for women and girls across all ministries, departments and agencies.“

She, however, stated that with the collaborative efforts of the media, gender equity would be achieved in the country.

Sharing the same sentiments, Mrs Hauwa Shekarau, the National President, International Federation of Women Lawyers (FIDA), said that women possessed all the qualities required for any leadership position in the country.

According to Shekarau, there is no political will to encourage the participation of women in nation-building.

“We have women who are highly qualified in terms of educational qualification, experience; we’ve got these women. If you are talking about transparency, accountability, credibility, I think it takes a woman to achieve all these criteria that have been set out.

“And so, I think it is actually beyond the issue of these are critical appointments that have been done.

“The basic issue is that there is no political will at all, there is no broodiness to engage the women.“

She stated that it was the votes of women that ensured the success of the President, hence Nigerian women deserved more from his administration.

The Chief Executive Officer of Hadis Foundation, Mrs Amina Salihu, said that equity was a fair means of inclusive governance.

Salihu added that the eradication of poverty, corruption and all the bright intentions of the President would not be achieved if women were excluded from governance.

The News Agency of Nigeria (NAN) reports that Buhari has so far appointed 35 principal officers with the only woman being Mrs Amina Zakari, who is the acting Chairperson of INEC.

NAN also reports that some of the women groups represented at the news conference are Nigerian Women Trust Fund; National Association of Women Journalists; and Women’s Rights Advancement & Protection Alternative.