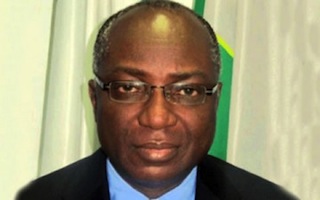 Mr Asuquo Ekpenyong-Ekpe, the older brother to Mr Ekpenyong Ita, the immediate past Director General of the Department of State Sevices (DSS) has been abducted by unknown gunmen.

Bassey also told the News Agency of Nigeria (NAN) that the police were on top of the situation.

He said that the state police command would ensure his release without any harm and re-united with his family.

He added that the police were unaware of any ransom demand.

Ekpenyong-Ekpe was kidnapped at about 4a.m. on Friday by unknown gunmen who raided his Creek Town home.

A relative of the victim, Mr Etim Edet, told NAN in an interview that the gunmen whose number could not be ascertained, gained access to the area in a boat through the creek.

Edet said “several armed men just burst into his house at about 4 a.m. Friday morning and whisked him away through the narrow canal here.