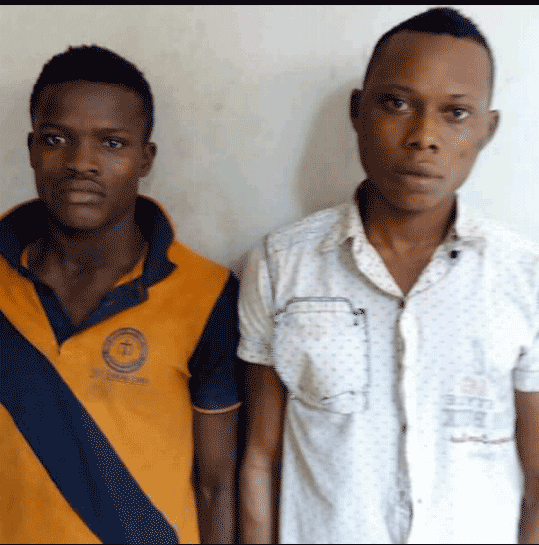 Ten suspected armed robbers and rapists who have allegedly been terrorising Ijebu Ode in Ijebu Local Government Area of Ogun State have been arrested by the police.

The suspects who robbed and raped some people of Ijebu Ode in the last one week were arrested at the weekend following on a tip off when they were sighted at Molipa/Ikanga area in Ijebu Ode at about 5:30a.m.

When policemen from Igbeba Division went to the area,the suspected armed robbers opened fire on the police operatives who responded and eight of the suspects were arrested.

Leader of the gang identified as Ayomide Muruf, a.k.a Sucker, sustained bullet wound during the gun fight.

In a statement released on Sunday and signed by the State Police Command Public Relations Officer, DSP Olumuyiwa Adejobi, he revealed that some of the robbers escaped with bullet wounds.

The suspects, according to the statement, have been identified as killers of Alayande Oladipo, who was shot dead in Ijebu Ode on Tuesday, 25 August, 2015.

The suspected robbers, the police spokesman said, are those responsible for the robbery and rape cases that occured at a private hospital in Ijebu Ode, Amazing Grace Hospital, located on Iloro street, Ijebu-Ode on the same day.

The suspects had robbed patients and staff of the hospital and raped some of them during their operation.

The State Commissioner of Police, CP Abdulmajid Ali has commended the police operatives who were involved in the successful operation.

He directed that the suspects be transferred to the Special Anti-Robbery Squad, Abeokuta for further investigation prosecution.

Ali ordered that the fleeing members of the gang must be pursued and arrested.

The police boss also assured the people of Ogun State of adequate security of life and property in the state, vowing that armed robbers, rapists and cultists will not be spared as he will make life unbearable for them.