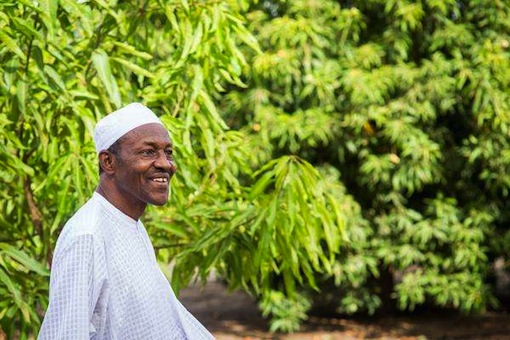 President Muhammadu Buhari has expressed delight over the abundant rainfall in most parts of Nigeria, saying this maybe a sign of bumper harvest for farmers across the country.

Buhari’s optimism was conveyed in a statement issued in Abuja on Sunday from the office of the Senior Special Assistant to the president, Malam Garba Shehu.

The president noted that with this positive development, the spectre of agrarian distress was fast disappearing; giving rise to hope that hunger would not rear its ugly head this year.

According to President Buhari this will represent a sharp turnaround in the fortunes in rural communities.

The president, who is farmer, had been to his farm in Daura at 7:00am on Saturday.

He said that he felt reassured about this when he saw good crop performance lining the roads all the way to his farm.

The statement said the president also expressed delight over the decision of the Daura Emirate Council, under the leadership of the Emir of Daura to honor him with a reception.

He congratulated the Emir and the people on the prospect of good harvest this year.

The Emir, Alhaji Umar Faruk, said the entire people of the state were proud of the President and his achievements in office so far.

He pledged their total commitment to his success in office.