Dogara mourns Olu of Warri, says its a big loss to Nigeria 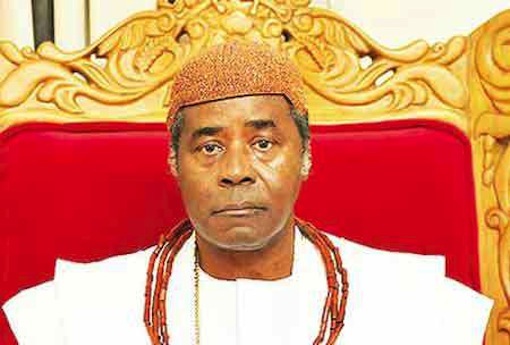 The Speaker of the House of Representatives, Rep. Yakubu Dogara, has condoled with the government and people of Delta over the death of Olu of Warri, Godwin Edomi.

This was contained in a statement issued by Dogara’s Special Adviser on Media and Public Affairs, Mr Turaki Hassan, on Monday

The statement stated that the speaker said that the country had lost one of its revered traditional rulers.

“The late monarch was a father for all and consummate lawyer whose 28 year reign brought peace and tranquility amongst his people.

“I am deeply touched by the news of the demise of Olu of Warri. I pray God to give his family, his subjects and the people of Delta the fortitude to bear the irreparable loss,” it stated.

The statement, which said that the late monarch lived an exemplary life worth of emulation, urged the people of Warri to honor him by living in peace and harmony.

“The late Olu’s demise was a big loss not just to the Itsekiri nation, but Nigeria at large.

“As people of faith, we know that he has gone to rest as all mortals must test death,” the statement stated.