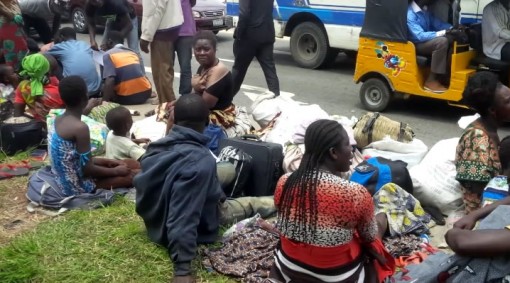 AP — Nigerian authorities have deported at least 100 Togolese asylum seekers, many of them the children who have been refugees their whole lives, the U.N. refugee agency said Monday.

The group of Togolese came to Nigeria in July after Benin, which had hosted them for nearly a decade, stripped them of refugee status.

Sogbo Maonou, who was among those deported, said that Nigerian soldiers in Lagos loaded them onto buses Saturday that drove them to Togo through Benin.

Brigitte Eno, deputy representative for the U.N. Refugee agency in Nigeria, said the group should have been counselled before being repatriated. .

“They were supposed to be informed individually and counselled but immigration did it their own way,” Eno said, “We were not even aware of the fact they were being put on buses.”

Michael Akindele, general manager of the Lagos State Emergency Management Agency said due process was followed, they were all interviewed but their requests for asylum were rejected.

Many of Togolese asylum seekers claim they face repression at home, having fled political violence after the 2005 election. Some said they witnessed family members being arrested and killed by the military because of their support for the opposition.

Amnesty International reported in February that Togo sometimes tortures detainees. Togo’s President Faure Gnassingbe was reinstated in April after succeeding his father in 2005 elections marred by violence and rigging to perpetuate a family dynasty that has ruled nearly 50 years.