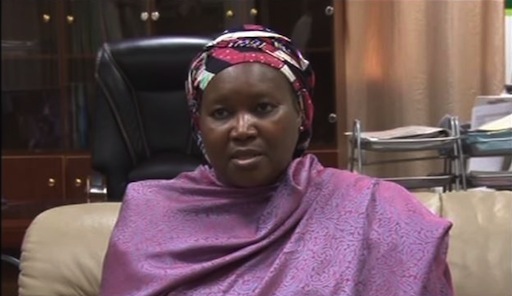 The Akwa Ibom guber tribunal commenced sitting Tuesday in Abuja with some witnesses contradicting themselves while others provided comic relief. The first respondent in the matter, Udom Emmanuel closed his case Monday and the PDP opened its case Tuesday.

Chairman of Etim Ekpo Local Government Area and PDP chapter collation agent for the April 11,2015 Governorship election, Barr Chris Okorie contradicted himself Tuesday when he denied ever knowing that Barr Emmanuel Enoidem was the PDP State Collation Officer of the PDP.

He had earlier made two witness statements on oath before the tribunal, one as a witness to the 1st respondent where he admitted that he accompanied Enoidem from the Etim Ekpo Local Government Collation center to the state office of the Independent National Electoral Commission (INEC) where the results were collated and declared and another where he deposed to on behalf of PDP of which he was cross examined as a witness.

The All Progressive Congress candidate for the election, Umana Umana, had approached the tribunal challenging conduct of the election and declaration of Udom Emmanuel as winner of the poll.

Testifying during cross examination, Okorie said election held in the area and that he served as the Ward agent for Etim Ekpo Ward 7 as well as the Local Government collation officer. Asked why he did not state in his witness deposition that he also doubled as a Ward collation agent, he told the tribunal that it escaped his memory.

And when counsel to the petitioner, Solomon Umoh (SAN), asked him if he knew Enoidem was the state collation officer of the PDP, he denied knowledge of such. He was thus confronted with his witness statement on oath as a witness to the 1st Respondent in which he swore that he accompanied Enoidem with the Local Government results from Etim Ekpo to Uyo. He denied ever making such deposition before the tribunal.

Counsel to the PDP, Tayo Oyetibo (SAN), attempted to prevent the petitioners counsel from cross examining the witness with his first statement on oath for the 1st Respondent on the grounds that he never adopted the witness statement for the 1st Respondent and that the 1st Respondent had closed his argument. Any witness statement not adopted cannot be used to cross examine a witness more so when the tribunal had earlier ruled on the matter and any statement on oath not adopted by a witness is an invention to give that evidence and is not an evidence until adopted, Oyetibo submitted. Counsel to INEC, Tochukwu Nweke aligned with the submissions of Oyetibo.

But the petitioner’s counsel, Solomon Umoh (SAN) will have none of that. Responding, he said election petition matters though time bound still defer to the Evidence Act.

He added: “The respondents counsel position that my argument amounts to elevation of an abandoned witness statement to a statement of oath in evidence borders on a misconception of procedure adopted. The earlier judgment of this tribunal that a witness statement not adopted cannot be used to cross examine a witness is right for what is decided. The circumstance here is however different. There is a marked distinction here in that the witness who made the statement on oath is right here in the witness box and he has adopted one of his written depositions. His evidence now is inconsistent with his position contained therein. Showing him the document is the inevitable next step in the interest of justice and fair hearing since the witness has told the tribunal that he can’t remember making the statement.

This is very distinct from a situation where a witness statement of another witness is sighted for the purpose of cross examining another witness. What prejudice will the respondents suffer if I confront the witness with his own witness statement. Besides, it is within the province of the Evidence Act”, he submitted. At this point the tribunal adjourned for a break to reconvene by 3.30pm.

Ruling on the matter, the tribunal said the objection by the defence counsel is upheld since the witness has denied making two witness statement on oath.

He was asked if he will be surprised that INEC could not tender before the tribunal the voter register of his polling unit (004) where he allegedly voted because the register in addition to other sensitive materials were all hijacked. He was given exhibit DDD 6 being the Local Government result for the area to take a look and confirm the figures between total voters accredited and total votes cast. He was also confronted with the issue of the APC agent, Israel Sunday who allegedly signed the Local Government result as being a creation of his own. He denied it.

The next witness, Dr Anthony Usoro, a university lecturer from Ikono claimed that election held and he collated the results for his party. He was however confronted with Exhibit DDDD12 which is the Form EC8C. He was also shown the Ward results for Ward 001-011 whereby all Ward results were mutilated to confirm if there was alteration in all the 11 Ward results. After taking a look at the documents, he declared that what transpired was not alteration or mutilation but readable corrections of computational errors.

Counsel to the petitioner then asked him to examine the Form EC8B document and tell the tribunal if any other party agent signed the result sheet which allegedly emanated from the process of the alleged “readable correction of computational errors” into the error free version. “Only myself and INEC signed the final result sheet”, he said. He was also shown his unit voter register to confirm to the tribunal if his name was ticked as having being accredited since he claimed he did. His name was 683 on his voter register but his name was not ticked.

The third witness for the day was Bishop Andrew Uwanta, PDP Local Government collation officer for Etinan. At this point, Awomolo took leave of court to plead with Solomon Umoh whom he said was too hot at his cross examination. “Do my prophet no harm. He is a Bishop”, he pleaded. Then came moment for cross examination and he told the tribunal that one Ibanga Enoh on his orders, signed the results for Etinan Urban Ward 5 and Southern Iman Ward 3 because the Ward agents could not make it to the Local Government collation center since it was late in the night. The Ward results were collated and computed at INEC office in the Local Government, he confessed.

Also on the witness box was Justus Ntuk, PDP Local Government collation officer for Ikot Abasi who said election held in the area but only him and INEC signed the Form EC8C being the Local Government result in the presence of security agents.

No PDP agent signed the ten Ward result in the area, he said. He also told the court that he is only seeing the voter register for the first time in court. The case was adjourned to September 8, 2015 for continuation of hearing.