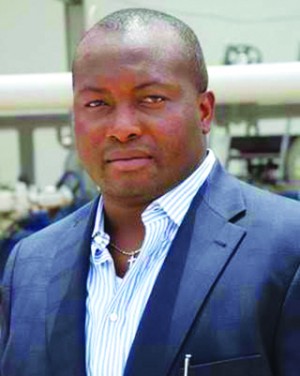 In what were clearly bland and vainglorious ripostes, Obidike Jerry in “Ifeanyi Ubah: 44 cheers to a matador” (Daily Sun, September 3, 2015, P.48); Tony Eluemunor in “Ifeanyi Ubah: The man, the myth and the essence” (Vanguard, September 3, 2015 P. 37) and Godson Okey in “An Uncommon Achiever, Ifeanyi Ubah at 44” (Thisday, Saturday, September 3, 2015 P. 61), sought to lionize Ifeanyi Ubah, the managing director of Capital Oil and Gas, but failed woefully. Of course, in the eyes of rational and discerning minds, no amount of inane and vainglorious celebration will remove from the consciousness of Nigerians the fact that Ifeanyi Ubah’s intervention in the political and economic affairs of the country in the last six to seven years reek of alleged oil and kerosene subsidy scams and the political chicanery of the Transformation Ambassadors of Nigeria (TAN).

Messrs Tony Eluemunor, Obidike Jerry and Godson Okey can continue to delude themselves that we must revere Ifeanyi Ubah because he has money. The pertinent question is: Did Ifeanyi Ubah make his money through dint of hard work, uncommon industriousness and the prudent management of financial resources? The truth is that these men (Eluemunor, Obidike and Okey) are simply assaulting our sensibilities with uncanny falsehood. The issue at hand is not that “Ubah… is not like many successful Nigerian businessmen who would prefer to buy property or use their monies for assets… rather than use them to affect the lives of the less-privileged”, as the troika of Eluemunor, Obidike and Okey would have the world believe. The very important issue begging for attention is: How did Ifeanyi Ubah come by the wealth he used to fund his obscene 40th birthday celebration; run TAN; direct his 2013 Anambra state governorship election campaigns; buy Gabros International football club (now, Ifeanyi Ubah football club), and is said to be propelling the launch of a national newspaper?

Inevitably, in addressing the important question of the source(s) of Ifeanyi Ubah’s wealth for which our troika would want us to revere the boss of Capital Oil as “god”, there are many important platforms and institutions that will come to our aid. Let us start with the Premium Times. In a January 19, 2015 report, Bassey Udo revealed that “… as the kerosene subsidy scheme ended without success, Ifeanyi Ubah, whose company, Capital Oil & Gas Limited, facilitated the Kero Direct initiative not only emerged one of Nigeria’s richest, but also one of the biggest beneficiaries of the controversial oil subsidy payments by the federal government”. So, if as should be clear that the source of Ifeanyi Ubah’s wealth is largely from proceeds of the oil and kerosene subsidy schemes, what is all the chest-beating about the man being “a matador” and “an uncommon achiever”? What really is the “essence” of Ifeanyi Ubah that should be worthy of emulation by any self-respecting human being?

Even then, all that it would take to appreciate the enormity of the Herculean task before the anti-corruption crusade of the Muhammadu Buhari Presidency as it concerns Ifeanyi Ubah is to reflect on the position of the 7th House of Representatives of the National Assembly on the alleged kerosene subsidy scam. In a February 8, 2014 Premium Times report, the House of Representatives’ Ad-hoc committee that probed the fuel subsidy regime in 2012 insisted that while “…multiple confidential memos…showed that the purported subsidy on kerosene was actually in defiance of a subsisting presidential directive to the Ministry of Petroleum Resources…to remove the payment of subsidy on kerosene …”, the Kero Direct scheme facilitated by Ifeanyi Ubah’s Capital Oil was “a scam to defraud Nigerians and extort money from the Petroleum Support Fund, PSF”. The committee specifically “criticized the agreement entered into with Capital Oil & Gas Limited for the use of its tank farm to store about 94,333,030 litres of products, which was later confiscated and sold off by the company to recover a Nine-month storage fees debt by NNPC”, and consequently asked the Nigerian National Petroleum Corporation (NNPC) “to refund the over N310.42 billion deductions it took illegally as subsidy arrears for kerosene supplied in 2009 and 2010”. With this very important information from the House of Representatives, the Green Chamber of the National Assembly, is there any doubt as to how Ifeanyi Ubah became a rich man in Nigeria?

It is even difficult to forget the lamentation of a Senator from Osun state, who actually moved the motion in the 7th Senate for an appraisal of the activities of companies like Capital Oil in the kerosene subsidy subterfuge. According to a report in The Eagle online newspaper (www.theeagleonline.com.ng), Senator Babajide Omoworare expressed concern that “If the revelations by the Petroleum Products Pricing Regulatory Agency (PPPRA), the Ministry of Petroleum Resources and the Ministry of Finance at … the finance committee’s investigation are anything to go by, then the current kerosene subsidy scheme is manifestly illegal, unconstitutional and a brazen breach of the Appropriation Acts passed by the National Assembly as they have been expenditure of public funds in contravention of Sections 80 and 162(1) of the 1999 constitution(as amended)…”. Perhaps, because the police and the EFCC have pretended that a Senate report on this matter does not exist, is the reason our troika of Eluemunor, Obidike and Okey had the gumption to regale readers with the inanity that Ifeanyi Ubah is “an epitome of true philanthropy and visionary leader”. Visionary leader my foot!

Now, if the police and the EFCC will not do anything about the Senate and House of Representatives’ reports on the kerosene subsidy scheme with regard to Ifeanyi Ubah’s Capital Oil, the Department of State Services (DSS) must do something because the laws of Nigeria empower it to do so. Apart from the fact that Section 2(1) of the National Security Agencies Act CAP N74 LFN 2004, states in subsection (i d) that “The State Security Service shall in pursuance of its objectives set out in Section 1 of this Instrument, – prevent, detect and investigate – economic crimes of national security dimension”, the same Act in Section 3(a) says: “The State Security Service shall be charged with responsibility for the prevention and detection within Nigeria of ANY CRIME against the internal security of Nigeria”, while in its Section 4, insists that “The foregoing provisions of this section shall have effect notwithstanding the provisions of ANY OTHER LAW TO THE CONTRARY, or any matter therein mentioned”. By any stretch of the imagination, the activities of Capital Oil in relation to the oil and kerosene subsidy schemes qualify as economic sabotage, and it is within the powers of the DSS to address the matter.

Finally, President Muhammadu Buhari must come to terms with the reality that he cannot successfully fight corruption, especially at the NNPC, without first beaming a critical searchlight on the activities of Ifeanyi Ubah’s Capital Oil with regard to the alleged fuel and kerosene subsidy scams. However, in the event that the Buhari Presidency decides to shirk its responsibility to get Ifeanyi Ubah to account for his indiscretions in business transactions in the oil industry, this writer will sooner than later approach the courts and request that writs of Mandamus are issued compelling the EFCC and the DSS to use the Senate and the House of Representatives’ Reports on the fuel and kerosene subsidy schemes to investigate and possibly prosecute Ifeanyi Ubah for allegedly using his Capital Oil & Gas Limited to fleece Nigeria of her hard-earned financial resources. Similarly, this writer will also judicially question why public funds should be used by the Asset Management Corporation of Nigeria (AMCON) to revive a bankrupt Capital Oil only to hand over the company back to Ifeanyi Ubah, who then used its resources to fund the activities of the Transformation Ambassadors of Nigeria (TAN) that threw all manner of obstacles on the path of the All Progressives Congress (APC) but failed to stop General Buhari from emerging winner of the April 2015 presidential election.