Lufthansa pilots to strike on Tuesday 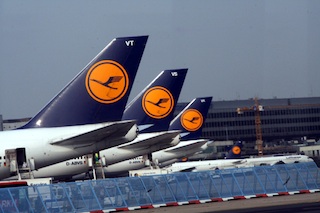 The German pilots’ union on Monday announced, pilots for all long haul flights at German airline Lufthansa will strike on Tuesday from 8 am (0600 GMT) to midnight.

Cargo flights will also be affected.

The union, Vereinigung Cockpit, warned last week that it was considering a walkout after wage and retirement talks with the airline collapsed.

Lufthansa pilots have walked off the job 12 times since April 2014 to protest the airline’s cost cutting measures.

The strike action has cost the company more than 300 million euros (338.4 million dollars.)