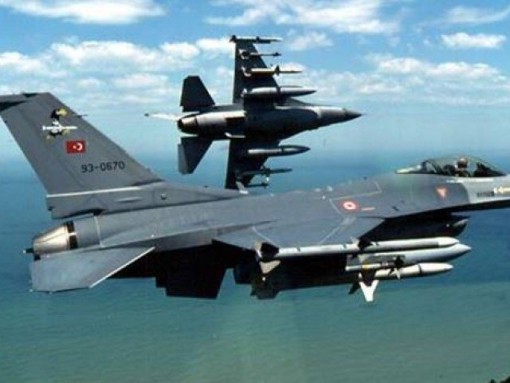 More than 50 Turkish jets were involved in the six hours of raids, killing “35 to 40 terrorists according to preliminary findings”, Anatolia said.

The overnight operation came after 16 Turkish soldiers were killed in the Kurdish-dominated southeast of the country on Sunday in an attack blamed on the PKK.

Thirty-five F-16 jets and 18 F-4 phantoms took part in the heavy raids on a score of PKK targets, according to the news agency.

After initial silence over the scale of the toll, the Turkish army announced on Monday that 16 of its troops had been killed in the roadside bomb attack carried out by the PKK, which is designated as a terrorist organisation by Ankara and much of the international community.

The Turkish government vowed to eradicate PKK rebels after the attack — which was by far the deadliest in the latest flare up of the PKK’s three-decade-long armed struggle against the Turkish state.

In late July, the Turkish military launched a relentless air campaign against PKK strongholds in southeast Turkey and northern Iraq, with the militants hitting back with daily attacks on the police and security forces.