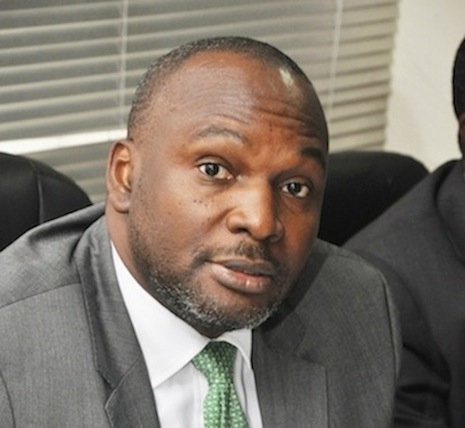 In a petition accompanying a bankruptcy note filed before the court by a Lagos lawyer, Dr Joseph Nwobike (SAN) on behalf First Bank, the bank stated that Okumagba became indebted to it in the sum of N1,407,904,748.16 by reason of the judgement of the court delivered on 26 September, 2014, by Justice Mohammed Idris in suit FHC/CS/953/2012.

Nwobike said in the petition that since the judgement was delivered, Okumagba and BGL have failed to pay the judgement sum of N1,407,904,748.16.

Rather, the court made an order directing the debtor to pay the judgment sum into an interest yielding account in the name of the Chief Registrar of the court within fifteen days from 31 October, 2014.

Okumagba and BGL again filed an application at the court of appeal seeking an order to vary the execution of the judgement of the lower court but order for variation has not been made, as the Debtors have admitted that they are unable to pay the judgement sum.

First Bank stated that the Debtor with intent to defeat or delay the claims, was alleged to have departed Nigeria or departed his dwelling place or otherwise absented himself from the Creditor’s reach.

The bank stated further that, by the Debtor’s actions, he has become bankrupt and incapable of paying the judgement sum or honoring his obligations. Consequently, First Bank prays that the court should grant the following orders:

An order directing that all assets, interests and holdings of the Debtor, Chief Albert Okumagba, either held personally or through third parties and privies, be liquidated and the proceeds applied towards offsetting his debt obligations to First Bank.

An Order divesting the Debtor, Chief Albert Okumagba of all interest and holdings in all public and private companies.

An order of perpetual injunction restraining Chief Albert Okumagba from appointment as Director in any public or private company in Nigeria.

An order freezing or attaching all the assets of the Debtor for the direct benefit of the Creditor.

However, in a notice of intention to oppose the petition filed before the court on behalf of Chief Albert Okumagba by a Lagos lawyer, Barrister Ayoola Ajayi, the Debtor while specifically denying some paragraphs of the petition averred that on 29 September, 2014, he had promptly appealed against the aforesaid judgement and he also has a motion for an order of unconditional stay of the execution of the order at the Court of Appeal.

Therefore, the Debtor is not indebted or obliged to pay the judgement sum until the hearing and determination of the said motion contrary to the allegation in the petition and its verifying affidavit.

He also averred that he is not obliged to comply with the order of the court of conditional stay of the judgement made by the Federal High Court because he had already filed a motion at the Court of Appeal seeking variation of the said order and the said motion is still pending and yet to be determined by the Court of Appeal.

In addition, Okumagba averred that he did not admit that he is unable to pay the judgement sum and he has not departed from Nigeria or his dwelling place neither has he put himself beyond the creditor’s reach.

Consequently, he is not bankrupt or incapable of paying the judgement sum. Rather, he had simply decided to exercise his constitutional right to have the judgement reviewed on appeal by the Court of Appeal and have the payment of the judgement sum suspended pending the hearing and determination of his appeal.

Okumagba contended that he is not bankrupt as alleged by the Creditor and the suit ought to be dismissed with substantial cost in his favour.