Police must be well compensated, kitted for optimal performance - Oshiomhole 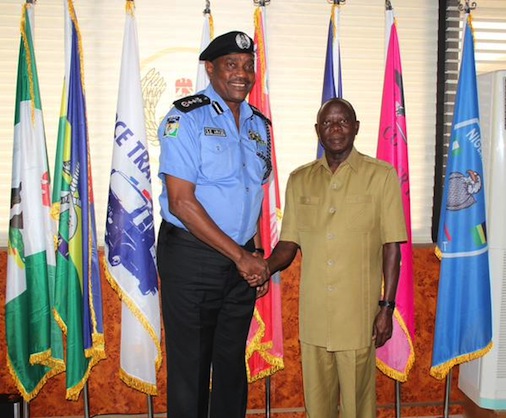 Governor Adams Oshiomhole of Edo has called for the proper equipping of officers and men of the Nigerian Police for optimal service delivery.

Oshiomhole, who made the call when he received in audience the new State Commissioner of Police (CP), Chris Ezike, on Thursday in Benin, also said personnel of the police force needed to be well trained, remunerated and compensated whenever the need arose.

He said the call for adequate remuneration became necessary, viewed against the current security challenges, especially the fight against insurgency.

Oshiomhole said that there was the need for effective security policing by those vested with the responsibility, adding that poverty and lack of motivation should not be excuses for not accomplishing this task.

The governor, therefore, urged the CP to ensure that criminality was fought in the state, making the environment safer for the inhabitants.
He gave the assurance of the state government’s commitment and willingness to partner with the new police leadership in the state, in the discharge of his duties.

Earlier the CP solicited for collaboration with the Edo Government to effectively drive the machinery of security, while pledging the loyalty of the more than 7,000 police officers in the state.

Ezike, who described police job as nomadic in nature, said he officially resumed in the state on Sunday and took over from CP Sam Adegboyi on Monday.

He assured the Edo government that he would look at what was on ground and evaluate them, as well as re-design the architecture of security issues and formations in the state, to meet with the aspiration of the present administration.