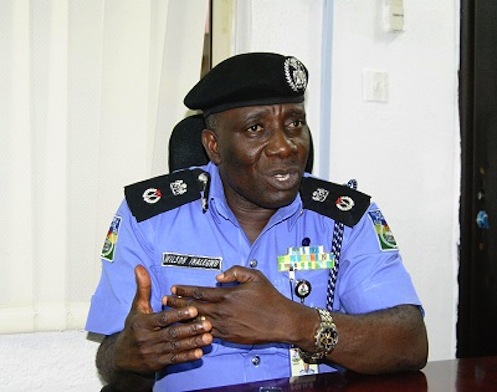 The Police Command in FCT has arrested nine `one chance’ robbery suspects, who disguised as cab operators to rob unsuspecting passengers of their valuables in the FCT and its environs.

This is contained in a statement issued by the Police Public Relations Officer of the command, ASP Anjuguri Manzah, in Abuja on Friday.

According to the statement, the arrest was as a result of the renewed effort of the command to rid the territory of hoodlums.

It stated that it arrested some handbag snatchers who were currently in the custody of the police undergoing investigation.

The suspects, it stated, had made confessional statements and the Commissioner of Police in FCT, Mr Wilson Inalegwu, had ordered their arraignment in court as soon as investigations were concluded.

It also stated that the command had busted a notorious armed robbery syndicate and recovered arms and ammunition from them.

“The gallant operatives of the command have successfully busted a notorious armed robbery syndicate that was operating at Zenco Garden Estate Lugbe.

“This feat was achieved during a gun duel between the syndicate and police personnel while responding to a distress call that the gang was carrying out a major robbery operation at the estate,’’ it said.

The statement added that Inalegwu commended the police personnel for the gallantry and resilience, and enjoined other personnel of the command to follow suit.

It stated that the police recovered one pump action gun with four live cartridges, one giant iron bar, assorted mobile handsets and one giant iron cutter, among others.

The statement further said that the police also recovered 26 bags of dried leaves suspected to be Indian hemp after a joint raid by the Joint Task Force at `Bakasi’, Apo roundabout.

It stated that the suspects arrested and substance recovered during the raid would be handed over to the National Drug Law Enforcement Agency, FCT Command, for further investigation and prosecution.