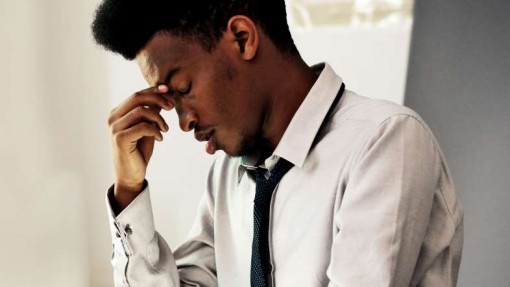 Few people can expect to live as long as Misao Okawa of Osaka, Japan, who recently died at the age of 117, but women live an average of five to 10 years longer than men. From before birth through every stage of life, men are more likely to die than women. Read on to see how culture, genetics, occupation and other factors play a role in longevity — and what you can do to beat the odds.

Criminal activity: Men who live a life of crime may increase their risk of dying from an altercation, homicide or other risky, unlawful venture. Throughout history and across all societies, men commit more crimes in nearly every crime category, according to the Bureau of Justice Statistics. “It’s difficult to know why, although it’s probably due to genetics and sociocultural expectations regarding gender roles,” says Dr. Donald W. Black, professor of psychiatry at the University of Iowa Carver College of Medicine and a consultant for the Iowa prison system. “The observation holds true worldwide. Men are also more likely to die by suicide, accidents and homicides.” Staying on the right side of the law may help you stick around longer.

Bigger body size: Bigger isn’t always better as it pertains to longevity. “On average, people over 6 feet tall don’t live as long as people shorter than 6 feet tall,” says Dr. Vincent Giampapa, a New Jersey board-certified anti-aging physician and chief medical officer of CellHealth Institute, a New Jersey company focused on helping people live healthier and longer lives through a cellular approach to health. Studies of a genetic mutation referred to as the Methuselah Gene (named after the oldest man mentioned in the Bible) support this theory. This mutation appears to decrease the cell’s use of a growth hormone, insulin-like growth factor 1 (IGF1), and results in people who tend to be smaller but with a longer-than-average life span. Larger individuals within a species tend to have shorter lives, according to a study published in Medical Hypothesis (2004). This holds true not only for humans but also for most animal species, including fish, insects, primates and dogs.

Greater susceptibility to disease: Men have a tough go of things before they’re even born. “Even in the first year of life men have a higher mortality rate, and this persists throughout life,” says Sean Hagberg, chief science officer of Rio Grande Neurosciences in Santa Fe, N.M., and clinical assistant professor of neurosurgery at the University of New Mexico. “Males also don’t develop as quickly as females, neurologically, as it pertains to intelligence and across the board.” Men are also more likely than women to die from injuries, suicide, respiratory cancer, cirrhosis of the liver and coronary heart disease. “Women outliving men is persistent across all cultures, so it’s likely a real biological effect,” says Hagberg.

Heart disease: Higher levels of estrogen in women protect them from heart disease for 10 to 15 years longer than men, says Dr. Larry Santora, a cardiologist with St. Joseph Health System in Orange, Calif. “It’s well known that estrogen raises good cholesterol (HDL) and lowers bad cholesterol (LDL). Estrogen makes the inner lining of the coronary arteries more flexible, so it’s less prone to injury and inflammation related to plaque formation and atherosclerosis.” Chronic stress in men may also contribute to heart disease, as it indirectly elevates blood pressure, cholesterol and insulin, all contributors to hardening of the arteries. To level the playing field men must work hard to modify their risks, says Santora. Start checking blood pressure and cholesterol when you’re in your 20s and act immediately on anything that’s abnormal. Eat a Mediterranean-style diet, exercise, don’t smoke and keep body weight within a healthy range.

Chromosomes: Men have an XY chromosome, while women have an XX. If a defect manifests on the X chromosome, it is possible that the genetic material on the extra X chromosome in women provides some type of backup for the expression of the good genes, says cardiologist Santora. Many X chromosome disorders exist, including hemophilia, X-linked spinal muscular atrophy (which affects the control of muscle movement) and a neurological disorder called Partington syndrome. “Genetically speaking, two X chromosomes beats an X and a Y most of the time,” says neurologist Hagberg. Boys born with a problem on the X chromosome typically don’t survive. An X-linked syndrome called Alport, for example, is mostly benign in women but progresses to kidney failure in men.

Riskier lifestyle habits: Smoking, eating and drinking to excess and internalizing stress can contribute to increased blood pressure and heart disease risk, which cause men to die sooner. “This lifestyle gap between men and women is less than it was years ago, however, when it wasn’t as acceptable for women to drink and smoke,” says Leslie Martin, professor of public health at Loma Linda University in Riverside, Calif., and co-author of “The Longevity Project (2011),” an 80-year longevity study. Martin’s studies also show that men and women who ranked higher on masculinity scales (they preferred more risk-taking and masculine hobbies and occupations) live shorter lives. “The more feminine men saw protective effects and masculine women had longevity closer to that of the men.” Martin believes part of the reason may be due to testosterone levels and a preference for more risky behaviors.

Greater immune system challenges: One reason men don’t live as long as women is directly tied to the immune system, says Giampapa of CellHealth Institute: “Women live longer than men in general because they’re born with longer telomeres (components at the end of chromosomes that act as an index of cell age), which are basically your biological clock.” People born with longer telomeres tend to live longer — and the cells that produce your immune system can function longer and healthier. “Your immune function stays healthy or declines depending on how frequently it’s exposed to things that challenge it,” says Giampapa. In general, men are exposed to immunological challenges, injuries, stress and surgeries, which tax your immune system and run it down. “Stress reduction through practices such as meditation, low glycemic-index diets and good personal relationships all positively impact telomeres and are particularly helpful for men,” says Giampapa.

Caregiving isn’t a man’s role: Men’s roles in child care and contributing to household tasks has increased substantially over the past three decades, but the traditional women’s roles as caregivers may contribute to their greater longevity throughout evolution, says Hagberg. “Women have genes that allow them to mature in many selective ways, which is better for the survival of the species. The more robust development in women than in men likely stems from a selective point of view.” It’s more important to get resources and maturity from your females than males in terms of survival of the species. It’s part of a selection process when humans first emerged, says Hagberg.

Higher metabolic rates: Greater muscle mass in men versus women equals a higher metabolism, since it takes a greater number of calories to maintain muscle. This gives men a higher calorie burn rate. While it enables men to lose weight easier, this higher burn rate also means they “burn through’ their stem cells faster as well, says Giampapa, referring to cells that can divide and differentiate into specialized cell types as well as renew themselves. “It’s like a car going 90 mph versus 40 mph. You won’t go as far on that tank of gas at the higher speed. Men burn out their stem cell pool quicker.” Frequent injuries or surgeries from a high-risk sport or lifestyle use up a man’s reserves even faster. “Even though men inherit tendencies, they can still tip the scales in their favor with a healthy lifestyle including diet and exercise,” says Giampapa.

High-risk occupations: A man’s occupation may also play a role in his reduced life span. According to the Bureau of Labor Statistics’ 2012 report of the top three most dangerous occupations, aircraft pilot, fisherman or logger topped the list — positions all predominantly held by men. At 200 fatalities per 100,000 full-time workers, those working in the fishing industry died from workplace injuries at a rate 60 times greater than the average rate for the overall American workforce. The fatality rate was nearly 62 percent higher per 100,000 for loggers and 57 percent higher than the national average for aircraft pilots and flight engineers. Farmers, roofers, structural iron and steel workers and refuse and recyclable material collectors followed. The safest occupations included education (0.3 fatalities per 100,000), training, and business and financial operations (0.4 deaths per 100,000).

Weaker social connections: Women interact more with people, on average, than men do and form connections linked to longer life, says psychologist Martin. “Women tend to have stronger social networks and more frequency of interactions with others. These social networks — and doing for others — also may add to a woman’s longevity.” On average, women also tend to be more verbal and talk more with friends. This addresses problems and strengthens relationships. Men, on the other hand, are often discouraged from sharing the deeper stuff women tend to do fairly easily. There’s a trend in the opposite direction, says Martin. “But these changes take time and many men are not comfortable with it. Men have more pressure to hold in their feelings.”