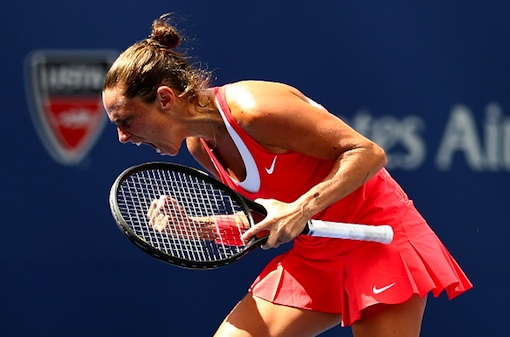 Italy’s Roberta Vinci caused a huge shock as she beat Serena Williams at the US Open to end the American’s hopes of a calendar Grand Slam.

Williams, 33, had been two wins from completing a clean sweep of all four majors in 2015.

Vinci, 32, will play Flavia Pennetta in an all-Italian final at Flushing Meadows on Saturday.