Boko Haram most challenging problem of my govt.- Buhari 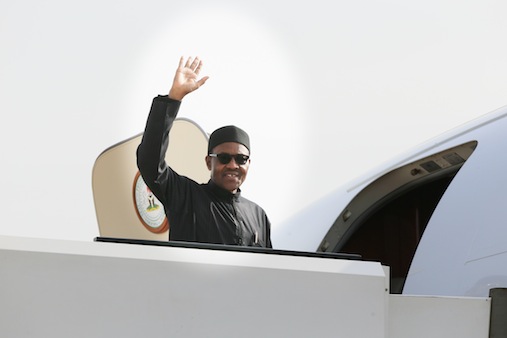 President Muhammadu Buhari has declared that Boko Haram insurgency has remained the most difficult challenge of his administration.

Buhari, who noted that the objective of fighting terrorism cannot be realized without a credible and effective military, urged soldiers to be professional wherever they are deployed, be it locally on internal security operation missions or internationally in peace support operation missions around the world.

‎President Buhari, who made the remarks while addressing officers, troops and newly commissioned cadets at the Nigerian Defence Academy during the passing out parade of the 62 Regular Course and Short Service Course 43 of the Nigerian Army on Saturday,y also told the graduands to be prepared to play roles as junior leaders in tackling the prevailing security challenges with guidance and supervision from their superiors who are discharging their duties with diligence.

“On your shoulders therefore lies the mechanism to drive the junior leadership in our Armed Forces. The Armed Forces of Nigeria have a world-acclaimed reputation for valour, resilience and loyal service,” Buhari told the cadets.

He however reaffirmed his commitment to the rule of law and warned that proven acts of human rights violation by the Armed Forces will be punished under his leadership.

While reminding them that the rule of law applied to the Armed Forces as much as any other institution in the country, he reiterated Federal Government’s commitment to overhaul the rules of engagement and improve operational and legal mechanisms so that disciplinary steps are taken against proven human rights violations by the armed forces.

He noted the resolve of the federal government to embark on a thorough investigation on recent and any future cases of human rights violations by the Armed Forces.

The President applauded the integrity and sterling record of the Armed Forces as an institution, adding that his administration will insist on the rule of law, and deal with any proven cases of deviation from laws of armed conflict, including human rights abuses.

Buhari who also congratulated the 399 cadets graduates, which includes 20 female cadets and 2 foreign nationals from Togo, charged them to avoid any behavior that will tarnish their honour and dignity as commissioned officers.