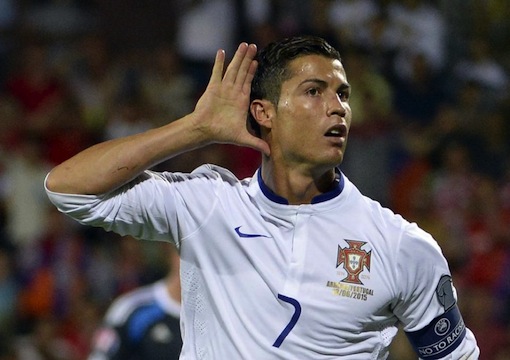 Have you been wondering if Cristiano Ronaldo is in decline? The 30-year-old Real Madrid legend has over 750 games on his legs and didn’t score in his first two this season, but he completed a hat trick in the 20th minute against Espanyol on Saturday. He scored the third goal, with a very nice assist by Gareth Bale.

The variety of goals scored will be a relief to Madrid fans as well. The second was a penalty, while the first came on a ball sent over the top of the defense by Luka Modric.

He also assisted a goal by Karim Benzema and went on to add a fourth goal, finishing off 110 yard counter-attack, and a fifth, assisted by James Rodriguez.

Cristiano might be getting older, but he’s far from done. Even if he’s “in decline,” he’ll still be world class for a few more years, and he probably still has quite a few hat tricks left in him.