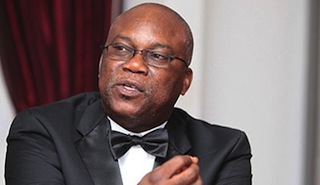 The Director-General of Standards Organisation of Nigeria (SON), Dr Joseph Odumodu, has said that the agency has seized substandard products worth four billion naira since the beginning of the year.

Odumodu made the disclosure in an interview with the News Agency of Nigeria (NAN) in Abuja on Sunday, adding that in September, the agency seized substandard telephone sets worth N350 million.

“In the last three days, we have confiscated over N350 million worth of telephone sets that are substandard.

“If I add that to the number I have earlier, we have a number of about four billion naira this year alone.

“I tell you that is not a thing of joy because all these products were imported, paid for with genuine dollars and would be destroyed and they are Nigerian money,’’ he said.

Odumodu called for a law to jail people involved in the importation of substandard products into the country.

According to him, the organisation now has a new act that confers additional power to prosecute offenders on it.

“I promise you that before the end of this year we may be celebrating the jailing of, at least, one major substandard kingpin in Nigeria,’’ Odumodu said.

He said the organisation was doing everything possible to ensure that the importation of substandard products into the country was reduced to 10 per cent by the end of the year.

“My target is before the end of this year, the organisation will reduce substandard products from its current 40 per cent level to 10 per cent.

“We have killed our industries because they are competing with substandard products.

“We need to do things that will make a lot of difference to us.

“When I started the journey in 2011 we had a level of substandard products with over 80 per cent in all the sectors.

“Today we are around 40 per cent to 45 per cent; in this new dispensation we will reduce it further by 90 per cent,’’ Odumodu said.

He said the target would be achieved through the integration of SON’s certification programme with the Nigeria Integrated Custom Information System (NICIS).

The director-general said the computerisation of SON’s services and the integration of SON’s e-product certificate into NICIS platform would aid trade facilitation.

He said with the introduction of the platform, importers would find it easy to import goods.

“Right now if you want to bring in any products that are regulated by us you do not need to come to SON, you just deal with people we call international and credited firms.

“They will give you what we call product certificate. With it you can open your form M and when the products come, they will also issue you the after testing aboard.

“They will give you certificate with which you can clear but the certificates are at the electronic level,’’ Odumodo said.

According to him, the importation of substandard products has caused the closure of many industries in Nigeria.

“When they bring substandard products, they are stopping Nigerian companies from producing, employing people and making those products available for Nigerians.

“It is the imported products that are essentially substandard so they are the ones killing our economy,’’ he said.