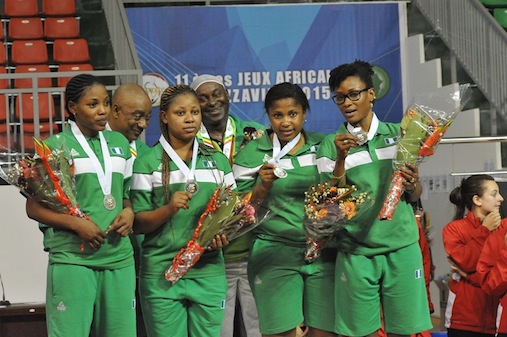 Three Nigerian women on Monday in Brazzaville breezed into the final of the 400 metres at the ongoing 11th All-Africa Games (AAG) in Congo.

The News Agency of Nigeria (NAN) reports that the final of the event will hold on Tuesday evening.

In the men’s competition, Orukpe Erayokan won his heat 2 with a time of 44.95 to qualify, while Nathaniel Oghenewegba failed to qualify after placing fourth in heat 1 in 45.80.

Another Nigerian in the competition, Robert Simmonson who ran in heat 3 of the semi-finals, pulled up injured after about 300 metres into the race.

Also, in the women’s 100m hurdles, Lindsay Weyinme advanced from heat 3 after placing third with a time of 13.38 secs.

In another heat, Amusan Oluwatobiloba also qualified for the next stage after winning her heat with a time of 13.11.