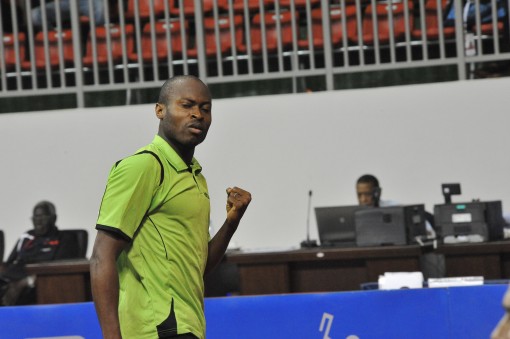 The Nigeria male table tennis team defeated their Egyptian counterparts 3-2 to clinch the gold medal in the final of the ongoing All Africa Games in Congo.

Oshodi, while speaking after the medal presentation at the Revolution Sports Complex in Brazzaville commended the players led by Segun Toriola for winning the gold medal, adding that the feat of the team was awesome.

According to Oshodi, “when we came on board of the NTTF, we promised that in two years we’ll regain the top spot from Egypt and now it has happened. I think we have fulfilled our promise. I give it to the boys, Toriola and Aruna Quadri. They played wonderfully well to the admiration of everybody. This was great.”

The former Commissioner for Sport in Lagos added: “Well, it’s not over yet because there are still five medals in table tennis and I hope to at least pick three more. We won’t allow this victory to get into our heads. The players will return to training immediately so that our mission would be achieved.”

Action resumes with mixed doubles event on Tuesday at the same venue.