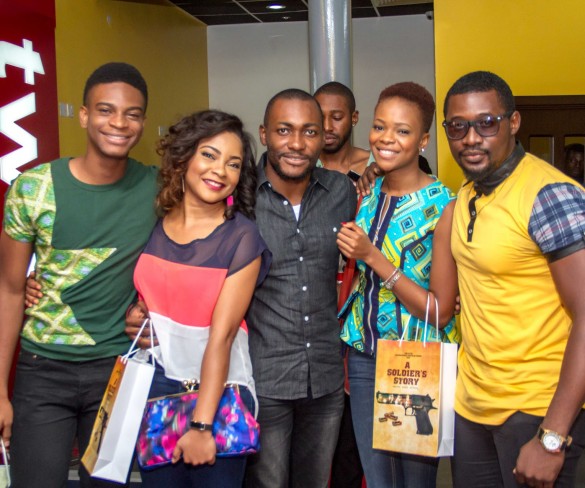 The new flick, which recently was unveiled to select journalists at Genesis Deluxe Cinema, Onikan, Lagos, has been described as a ‘masterpiece’ by industry watchers.

The action-drama movie highlights military call of duty, life and death and how soldiers risk everything with their passion to protect their nation. It also stands to celebrate heroic Nigerian soldiers to encourage and appreciate their contribution to the country.

‘A Soldier’s Story’ tells a love story of a young military officer, Major Egan (Tedela) and his beautiful wife (Ejiofor) who would risk everything to save him.

‘A Soldier’s Story’ is directed by Frankie Ogar and produced by Martin Gbados.

“This action-packed movie shines brighter light on our men of valour, who serve and protect us and our land. I can assure you, it’s one of its kind and will be worth your while when it arrives at the cinemas soon,” Gbados told TheNews/P.M.NEWS after the media unveiling.