You’re not too young to have a stroke: Here are 5 symptoms: 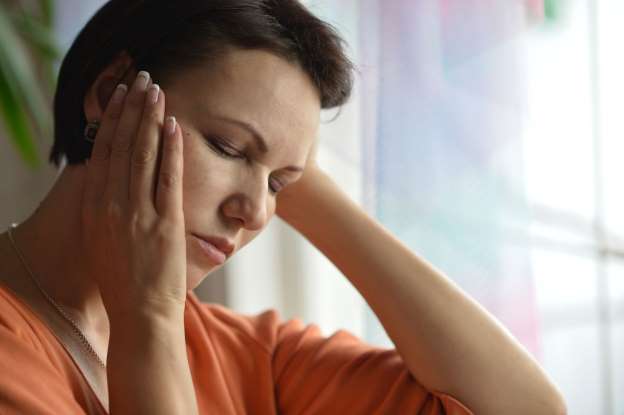 Could this be symptom of stroke

When it comes to your health, chances are your biggest concern isn’t having a stroke. That’s only a problem elderly people have to worry about, right? Not so fast.

While the majority of strokes do occur in people ages 65 and older, about 10 percent of all strokes happen to those under 45—and women are more at risk than men. In fact, according to the American Heart Association, each year more than 100,000 women under the age of 65 will have a stroke. That means you or someone you know could be affected at some point in her life—and sooner than you’d expect.

There are a few reasons women tend to have a higher risk of stroke than men. Even though the biggies, like smoking, high blood pressure, high cholesterol, and diabetes affect both genders, some risk factors are reserved for women, says Andrew Stemer, M.D., director of the stroke program at MedStar Georgetown University Hospital. Pregnancy is one of those, especially in the third trimester and in the weeks and months postpartum, he says. Some of this has to do with hormonal changes. And if you find yourself on bed rest, this causes blood flow to slow in the veins, which makes you a little more prone to clots.

Taking oral contraceptives may also put you at an increased risk of stroke. And women who experience migraine with aura (when your headache is joined by a neurologic symptom, such as those sparkles in the corner of your eye) are at higher risk, too. “All those things together seem to have a cumulative effect of increasing stroke for women,” says Stemer.

The most common type, ischemic strokes (which account for about 80 to 90 percent of all cases), occur when a clot prevents enough blood and oxygen from getting to the brain, says Stemer. “In the stroke field, they say ‘time is brain,’” he says. Meaning the longer you wait, the more time there is for permanent damage to occur.

Aside from keeping up a healthy lifestyle, your best defense is catching the symptoms early and getting to an ER stat. Here are the major warning signs:

• You Feel Weak or Numb on One Side of Your Body
Suddenly losing strength or being unable to feel a limb on one side of your body is a common sign of stroke, especially in the arm and leg. One side of your face may also droop.

• You Have Trouble Speaking
This symptom comes in a few forms: Your speech may be slurred or you may have difficulty just getting the words out. You also may struggle to comprehend what other people are saying. Stemer notes that there is a spectrum of severity from mild to severe. While we all have moments where we can’t think of a word or get a word out correctly, “most people know themselves or their own body well enough to recognize this is transient or applies only to a certain word,” says Stemer. “I would say if someone is alarmed with a speech difficulty, either slurred speech or being unable to speak—having words stuck on the tip of their tongue for example—it is time to seek care immediately.” Basically, if it feels like anything out of the ordinary, you should seek medical attention ASAP.

• You Get a Severe Headache
This is more likely to occur in hemorrhagic strokes, which happens when, “instead of a pipe getting blocked, a pipe springs a leak, and you have bleeding in the brain,” he says. Hemorrhagic strokes are a lot less common than ischemic strokes, accounting for about 10 to 15 percent of all strokes—but they do have a higher mortality rate.

• You Lose Some of Your Vision
Much like the limb weakness or numbness, vision problems are also usually one-sided. But instead of losing sight in one full eye, you’re more likely to lose the same field of vision in both eyes (for example, neither eye can see to the left.) This is because “the eyeball itself and the optic nerve are fine, but where that information goes to get processed in the brain is what can be damaged,” says Stemer.

• You Experience Sudden Onset of Any or All of These Symptoms
The hallmark sign of a stroke, sudden onset of these warning signs should be your biggest indicator that you need to get to the nearest hospital immediately. These symptoms come on very quickly, but not all need to be present to warrant a trip to the ER.The bottom line: “If there’s any sudden onset of a new neurologic symptom that affects one side of the body, then I would go to the emergency room right away,” says Stemer. “It may be a migraine or something else that’s benign, but the problem is if you don’t go in, then you’ll have missed your opportunity to really treat the stroke.” If you think you might be having one, act fast—even if it turns out to be something not so serious, it’s better to be safe than sorry.