Diamond Bank dragged to court for trespassing on landed property 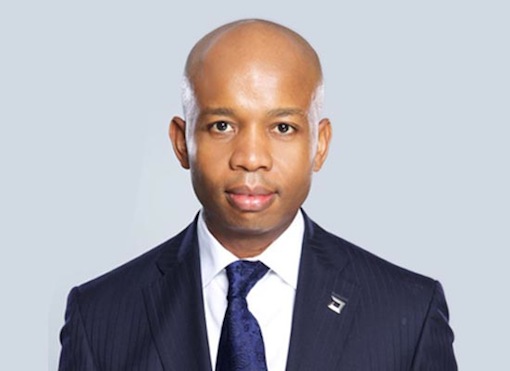 A Lagos high court in Southwest, Nigeria has adjourned for judgement, a suit instituted by the family of a deceased Lagos businessman Anicetus Ibhagbe Eikore against Diamond bank Plc for allegedly demolishing the family house and erecting its regional headquarters.

The court will resolve the controversy about the whole transaction, as the bank in its statement of defence averred that it bought the property at 105, St.Finbar’s Road, near C M S Grammar School, Bariga, Lagos state, from the deceased in 2007. The bank subsequently erected a new building on it.

But the children of the deceased averred that it was not possible for their father who died at Lagos Teaching Hospital, LUTH, Idi-Araba in Lagos on the 2 November, 1990 at the age of 80 sold the property in 2007. To buttress their claim, the children tendered a letter of confirmation of death from LUTH.

Consequently, in a bid to reclaim their inheritance from Diamond bank, the family of late Eikore, commenced a legal battle before a High Court of Lagos, sitting at Ikeja, against the bank over a parcel of land where the bank situated its branch in Lagos.‬

Joined as co-defendant in the ensuing legal warfare is a limited liability company,ABGLA Company Nigeria Limited alleged to have serve as vendor for the purchase of the property.

The claimants also stated that upon the death of their father in 1990, they mutually allowed the eldest son in the family, John Osemeahon Eikore, to live in the property in order to protect the estate on their behalf and that the said John Eikore was living in the property since 1991, until sometime in December 2007, when one of them, the 10th claimant, Miss Lucy Eikore, told them that the said property had been demolished and replaced by Diamond Bank’s office.

Upon notifying the family members they called on their eldest brother, John Eikore informing him of the alleged unlawful trespass by the bank on their land.‬

They added that all efforts made to invite the said John Eikore to a family meeting for the purpose of clarifying his dealing with the bank in respect of the property have proved abortive, as his new residence and where about became unknown to them.‬

And that subsequent investigation into the bank’s acts of trespassing on their land revealed that the second defendant ABLAG company Nigeria Limited acted as front for some directors of the bank who purportedly bought their house with a deposit of N100, 000. 00, from a man who purported to be their late father Mr. Anicetus Eikore who died intestate on November 2, 1990.‬

They further stated that the second defendant subsequently sold their family house without any colour of the title to the Bank for the sum of N25 million, out of which they gave the impersonator and his agent the sum of N16, 900, 000.00. thereby making a whopping profit of N8million from the illegal deal with the family property.

The claimants added that their late father who died intestate on November 2, 1990, could not have possibly sold or transfer any valid legal equitable title to either Diamond Bank or ABGLA Company in 2006 or 2007, and that the purported unregistered and undated Deeds of Assignment between their father and the defendants is incurably defective, null and void.‬

Consequently, the claimants are seeking a declaration that their family property situated at 105, St. Finbers’ road, near CMS Grammar School, Bariga, Lagos covered by a Deeds of Conveyance dated November 20, 1967, and registered as No. 25 at page 25, Volume 1292, at Land Registry, Alausa, Ikeja, Lagos, could not have been sold or transferred to the defendants in 2006 or 2007 by their late father who died intestate on November 2, 1990.‬

They are also seeking a declaration that the purported sale of their family property situated at 105, St. Finbers’ road, near CMS Grammar School, Bariga, Lagos, between their late father who died intestate to the defendants in 2006 or 2007 is invalid, null and void, therefore urging the court to issue an order setting aside the purported sale or transfer of the their family property to the defendants.‬

They are also seeking an order compelling the bank to vacate and give up vacant possession of their family property. And the sum of N50 million as damages jointly and severally against the defendants for their alleged unlawful act of trespassing and shady dealing on their family land

However, the defendants in their response to the suit, while denying the claimants’ amended statement of claim, insisted that they bought the property from the claimants’ late father in 2007.‬

Diamond Bank in its statement of defence filed before the court by its lawyer, Segun Ololade, while denying all the claim of the claimant stated that it bought the property from the second defendant, ABLAG Company Limited, who originally bought same from late Anicetus Ibhagbe Eikore wherein purchase receipt,deed of sale and necessary documents to further support the fact that the deceased was the owner of the property was supplied to ABLAG company by the claimants’ late father, who also swore to an affidavit on January 11, 2007.and that it was upon the purchase of the said land from the claimants’ late father, that the second defendant proceeded to perfect the transactions.‬

The bank also stated that before the execution of then necessary documents between the claimants’ late father to vest title of the property on the defendant, they took reasonable steps to conduct necessary searches and investigation of the said property and found out that the property was duly registered in the name of the claimants’ late father. The bank added that they bought the land without notice of any encumbrance.‬

The bank therefore urged the court to dismiss the claimants’ suit with substantive cost, as it was not properly constituted and also being frivolous, vexatious, and abuse of court process.‬

Also, the second defendant, Ablag Company Limited, in its statement of defence filed by its lawyer, Wole Ajayi, equally urged the court to dismiss the claimants’ suit with substantive cost for being frivolous, vexatious, gold-digging and fraudulent calculated to embarrass them and mislead the court.‬

The second defendant stated that the claimants’ falsified and fabricated the facts pleaded in their statement of claim which is suggestive of their deliberately putting forward a non-existing John Osemeahon Eikore to defraud it, if their story is believed.‬

Both the claimants and the defendants now await the verdict of the presiding judge Justice Latifat Oluyemi.