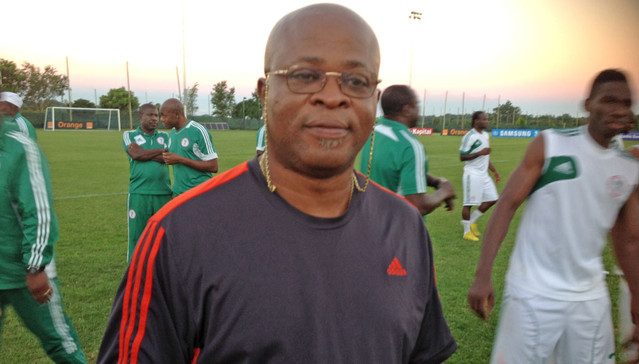 A chieftain of Nigerian football has raised an alarm over the slow pace of development of the game in the country, saying that if the trend is not urgently addressed it portends a bleak future.

Chairman of the Nigerian National League, NNL, who is also a board member of Nigeria Football Federation, NFF, Emeka Inyama, lamented that football has not grown in the past years as it ought to have, because Nigerian football has not had a new major sponsor in five years.

According to Inyama, while featuring on a Lagos radio on Saturday, “if the monies are not coming in, then the tools to grow the game are missing.”

He further revealed that NFF is suffering from the bad reputation it has endured in the past, citing the war that nearly consumed it.

He lamented that the war still haunts the NFF like the plague.

A major crisis rocked Nigerian football in the wake of dismal outing of the senior team, Super Eagles at the last FIFA World Cup in Brazil. The crisis, which started in July, 2014, nearly attracted FIFA ban on Nigeria but claimed the head of the President of the NFF, Aminu Maigari and a new election that brought Amaju Pinnick into power.

Meanwhile, former Super Falcons coach, Rolandson Odey, believes the NFF is complicit in the Falcons’ poor performance at the 2015 All Africa Games and must wake up to its responsibility.

The Nigerian female senior team coached by Chris Danjuma lost in the bronze medal match to Ivory Coast-second time the Ivorians would defeat Nigeria in the competition-on Friday to finish the championship on a disappointing note.

The Falcons also failed to book a place for the 2016 Olympic Games a few weeks earlier.

Odey noted that the Nigerian ladies have been faltering in form in the last few years, losing grip on the leadership position in African women football.

“The outing of the team at the All Africa Games this year should worry everybody and indeed the NFF must share in the blame. I hope there will be solution to the dwindling fortune of the team very soon, ” he said.