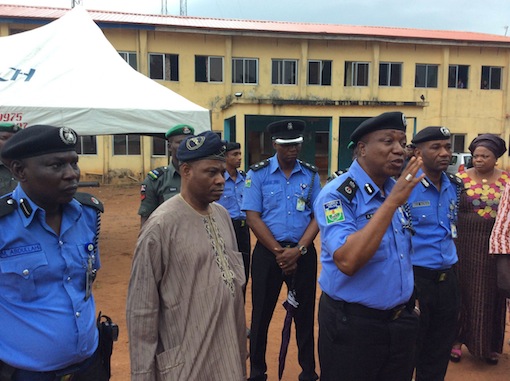 Ali disclosed this on Monday while addressing officers of the command at Eleweran, Abeokuta where the operations and strategies of the command adopted in policing Ogun state were appraised.

In a statement released Monday and signed by the Force spokesman, DSP Olumuyiwa Adejobi, Ali revealed that crime rate had drastically reduced all over the state during the period of the order.

He however said that bars and recreation centres within the state can still be operating till 12:00 midnight, since the command has achieved its goals.

The police boss warned that should crime rate shoot up as a result of the relaxation of the order, the command will not hesitate to place the restriction order permanently.

He added that the police will resist any moves or actions that will jeopardize the existing peace and security being enjoyed in the State.

Ali expressed appreciation to the people of the state for their understanding, support and commitment to a secure and peaceful state.