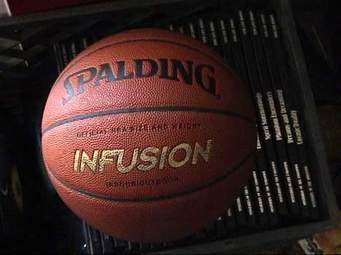 A player with the Dodan Warriors Basketball Academy died on Tuesday while training alone on the Basketball Court of Rowe Park Sports Centre, Yaba, Lagos.

After several attempts to resuscitate Ayobami, he was immediately taken in an ambulance to the Lagos State University Teaching Hospital (LASUTH), Ikeja for further medical attention.

At LASUTH Emergency Unit, Dr. Kayode Michael, Head of Sports Medicine Directorate of Lagos State Sports Commission along with a Consultant immediately attended to the patient who was confirmed dead on arrival.

The officials of the Lagos State Sports Commission and the Dodan Warriors Basketball Academy coach have briefed the parents of the deceased, while his remains have been deposited at the mortuary for autopsy report to ascertain the cause of his death.

A statement from the Public Relations Officer of Lagos State Sports Commission, Olumide Filade, on Wednesday said the Director General of the Commission, Mr. Ayo Agbesanwa along with other top officials have visited the family of the deceased athlete to commiserate with them.