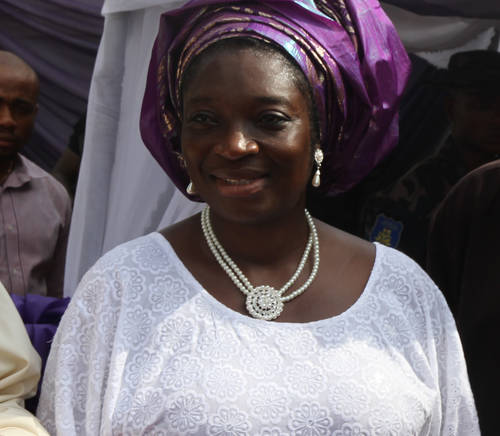 Agabana, who read the judgment unanimously adopted by the panel, dismissed all the reliefs sought by the petitioner, Chief Victor Umeh of the All Progressives Grand Alliance (APGA).

Umeh had challenged Ekwunife’s election on the grounds that the winner was not an authentic member of the PDP when she contested the March 28 election.

In the ruling, the chairman declared that Umeh failed to prove his case, including the claim that the respondent was not an authentic member of the PDP before the election.

In her reactions, Ekwunife commended the tribunal for a thorough job.

“It is a proof that we still have judges with integrity in the country. I defeated Umeh black and white; today’s judgment attested to that,” she said.

But the tribunal nullified the declaration of Dr Okey Eze of the People’s Democratic Party (PDP) as the winner of the Dunukofia, Anaocha and Njikoka federal constituency election.

The tribunal held that it was the All Progressives Grand Alliance (APGA) candidate, Mr Dozie Nwakpnkwo, who won the election.

The panelists also held that it was the APGA candidate who scored the highest number of lawful votes cast in the election, contrary to the figure credited to the PDP candidate by the Independent National Electoral Commission (INEC) upon which it based its declaration of the PDP candidate the winner.

The tribunal emphasised that the results from the polling units were the bases upon which any other figures in any other result sheets concerning any election must be recorded.

Agabana held that from the polling unit result sheets presented in the tribunal, it was clear that Nwankwo scored the highest number of lawful votes cast in the election.

The tribunal therefore nullified the return of Eze as the winner of the election and directed INEC to issue Nwankwo with the certificate of return as the authentic winner of the federal constituency poll.

Shortly before the judgement, the tribunal had upheld the election of the PDP candidate, Mr Anayo Nebe, a former speaker of the Anambra House of Assembly, as the winner of the Awka-North and Awka-South federal constituency election of March 28.

The tribunal dismissed the petition of the APGA candidate, Chief Godson Ezenagu, who had alleged that the poll was marred by irregularities, and urged the tribunal to declare him as the winner