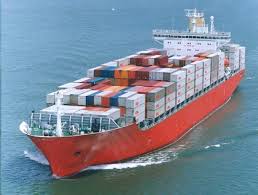 Thirty-four ships laden with foods, petroleum products and other goods are expected to sail into the Lagos ports from Oct. 12 to Oct. 31.

The Nigerian Ports Authority (NPA) stated this in its daily publication – ‘Shipping Position,- made available to newsmen on Monday in Lagos.

NPA said that 15 of the expected ships would bring in containers, while five others would arrive with general cargoes.

It said that frozen fish, buckwheat and bulk sugar were expected to arrive in nine ships.

The publication said five other ships were expected to sail in with petrol, base oil and aviation fuel.

The News Agency of Nigeria (NAN) reports that 11 ships had arrived and were waiting to berth in the ports.

The ships sailed in with petrol and buckwheat.