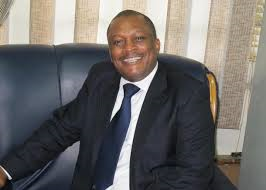 The Chairman, Senate Committee on Ethics, Privileges and Public Petitions, Sen. Samuel Anyanwu, says the committee has yet to conclude on the petitions against some ministerial nominees.

Anyanwu made this known on Monday in Abuja while briefing newsmen after hearing the petitions.

He said that the committee would take a position on the matter after it concluded the report, which it would present to the Senate within the period of the screening.

Anyanwu, however, did not confirm if the screening of the nominees affected by the petitions would have to be deferred until the report was ready.

“It doesn’t matter. We have two, three days to do our screening. Anybody that is not screened tomorrow (Tuesday) could be screened the other day.

“Nobody has been cleared. Whatever report we turn out, is the entire Senate that will clear the nominees. If the reports are ready for any of them, the person will be taken tomorrow and of course, the Senate is going to take them batch by batch. So, it doesn’t mean that everybody will be screened tomorrow,’’ he explained.

Anyanwu confirmed that the committee had only received two petitions against two ministerial nominees, Rotimi Amaechi and Aisha Mohammed, as against the speculated 10 petitions.

“We just received only two petitions, one that concerns Rotimi Amaechi and the other one that concerns Amina Mohammed. So far, we have treated the two petitions and the committee is about putting down our report, which might be ready tomorrow and if we cannot conclude it tomorrow, then we will move to the next day.

“This is something that is very important to the Senate and we must take a very firm decision and scrutinise our report very properly,” he said.

The News Agency of Nigeria (NAN) reports that the two nominees appeared before the committee to answer questions arising from the petitions against them.

Mrs Amina Mohammed, while responding to the petitions questioning her nomination from Kaduna state, even though she is from Gombe state, told the committee that she did not know for which state she was nominated.

Mohammed maintained that although she schooled in Kaduna for a long time, she had never laid claim to the state as her origin, but had always maintained that she was from Gombe state.

She added that the controversy surrounding her nomination had led her to even obtain a certificate of state of origin from Gombe state which she presented to the Senate.

However, the Senate while interacting with the petitioner, Barr. James Kanyip, queried why he relied on reports from social media to petition the nomination of Amina Mohammed.

In his response, Kanyip said that he did not question the capability of the nominee, but was only against her nomination if she represented Kaduna state.

He added that if the nominee was for Gombe state, he (Kanyip) would drop his petition, adding that there were very good and reliable hands from Kaduna state.

On the petition against Rotimi Amaechi, the committee suspended hearing on the matter, following a letter from the nominee’s lawyers, Edwards and Willams and Co, stating that the allegations in the petitions were already before a court.

The committee said that as it was the standing rule of the Senate, any matter before a court of competent jurisdiction could not be deliberated upon by the senate or its committees.

The chairman of the committee said: “The matter we have before us is in court and there are other conflicting issues which we are yet to resolve. That is why we are trying to put our report together, we have a petition against Amaechi, and there is a letter from his lawyer that they have a pending case in the court.

“We also received a White Paper indicting him and we also received a Federal High Court judgment that says that Amaechi cannot stop the judicial commission from investigating him. He went to Appeal Court and the matter is pending in Appeal Court, and in our Senate Rule, once a matter is in court, we will not dwell into it.

“But what we are going to do is to package the documents, look at their natures and be able to do our report and send to the Senate by tomorrow or next,” he said.

He added that the committee was not in a hurry to come out with its reports, but was more concerned about the quality of the list.