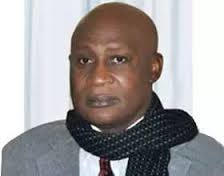 Disu was shot by hoodlums during an official visit to one of the villages within Lekki Free Trade Zone in the early hours of Monday.

Already, the Governor of Lagos State, Akinwunmi Ambode, has ordered the police to fish out the killers of Disu.

The Governor who spoke when he addressed Government House Correspondents, at the Lagos House, Alausa Ikeja, said government was deeply disturbed by the incident.

The Governor described the late Disu as a man who was committed to promoting the inflow of investment to Lagos State and expressed concern over the motives of those behind the killing.

He directed the State Commissioner of Police, Mr Fatai Owoseni to ensure that nothing is left to chance in order to determine the events that led to the attack on the late Disu.

He, however, urged residents of the area to remain calm as his administration will continue to ensure that the security of lives and properties is accorded necessary priority in the state and that the zone is safe for investors

“I want to appeal to all our people in Ibeju Lekki axis that they should give peace a chance. It is in the interest of all Lagosians that we attract as many investors to the state. That is what we have been doing and improve upon in the last four months. I implore everybody to be calm. We would get to the root of this unfortunate incident,” he said.

Ambode also reiterated government’s determination to create more jobs by bringing more investors to the Zone, saying that this can only be achieved if the residents allow peace to reign in the zone.

“I will like everybody to also know that we are trying our best but we can only appeal to our people to allow peace to reign in the Free Trade Zone. That is the only way we can allow more people to be involved in this trade zone. Let me tell our people that we are on the right course for the kind of job creation we want to bring to Lagos State.”

The Commissioner of Police, Mr. Fatai Owoseni on his part, assured the people of the state that the Police have swung into action to ensure that the culprits were brought to book, saying that some suspects have been arrested and investigation is on-going to determine if there are major sponsors behind the killing.

“We have so far arrested 10 suspects and the suspects are those that are directly responsible. We are still in the centre of the operation to be made.

“We would do a diligent investigation. We will ensure that those people that are behind it are arrested, not just the people we see on the road are perpetrators, there may be sponsors. We will go after these sponsors and I can assure you we will ensure the investigation is carried out as speedily as possible and we will make sure they are diligently prosecuted,” the police boss said.