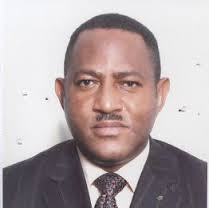 The State and National Assembly Elections Petition Tribunal in Enugu, on Monday nullified the election of Sen. Gill Nnaji of the PDP as the senator representing Enugu East senatorial district.

Delivering his judgment, the Chairman of the tribunal, Justice Mathew Bewara, said that forensic report showed evidence of irregularities, mutilation and manipulation of figures.

Bewara directed the Independent National Electoral Commission (INEC) to conduct fresh election in the senatorial district in line with the Electoral Act.

Dr Chimaroke Nnamani the candidate of the Peoples for Democratic Change (PDC) had gone to court challenging the declaration of Nnaji as the winner in the March 28 National Assembly election.

Counsel to the petitioner, Mrs Ricky Tafa had earlier in her address, argued that forensic reports from INEC made it clear that the election was not conducted in line with the electoral act.

She submitted that there were cases where votes cast were higher than the number of registered and accredited voters; mutilation and cancellation of result sheets.