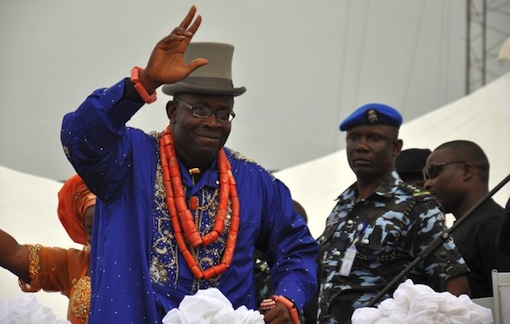 Gov. Seriake Dickson of Bayelsa, has postponed the commencement of his governorship campaign in honour of late Chief Diepreye Alamieyesiegha, the first civilian governor of the state.

The campaign was earlier scheduled to kick-off on Oct. 17.

Mr Daniel Iworiso-Markson, Chief Press Secretary to the governor, said this on Tuesday in a statement made available to newsmen in Yenagoa.

The statement quoted Dickson, as saying that the ex-governor, who passed on last Saturday, was a foremost statesman and leader that deserves honour from his people.

“The state government is determined to give Alamieyeseigha a befitting burial; in this regard, burial committee has been constituted.

“This committee will work out details of the programme with the family and other relevant stakeholders.

“Apart from declaring a seven day mourning period during which all flags in public buildings and places are to fly at half mast, we have opened a condolence register here in government house.

“The register has also been opened at the state secretariat complex, Ijaw House in Yenagoa and Abuja; we also have it in Lagos and Port Harcourt,’’ the statement said.