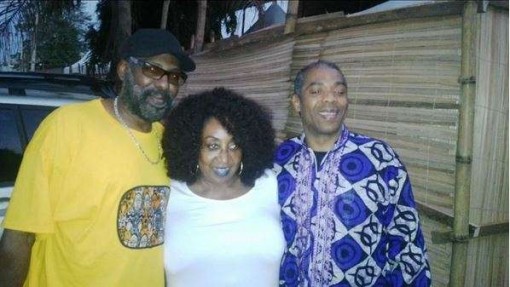 Femi Kuti with Sandra and her husband, Bryon at the Afrika Shrine

Nigeria has been described as a highly privatized nation where citizens pay for everything that naturally should have been the responsibility of the state.

This was the submission of Dr. Chidi Odinkalu, director general, National Human Rights Commission during a session at the seventh edition of The Fela Debates held at NECA House, Alausa CBD, Ikeja, Lagos on Monday.

Speaking as one of the panelists on the topic: “Human Rights As My Property”, Odinkalu pointed out that many Nigerians have lost faith in the institutions which are now incapable, with the poor citizens being lynched by the rich.

“Nigeria is fully privatized. Everything is damned privatized. The richest people in the system are civil servants. They own almost everything in Abuja, and you askd yourself the question: how do we run a country like this? How can you say human rights is your property when everybody is lynching the poor persons? The poor driver who cannot afford a living has to pay school fee for private education for his children because public schools are not functioning. Everything is fully privatized. We are all being made to pay for the profit margins of those who are using the state to make private profit,” he stated.

Odinkalu said in Nigeria, many do have human rights as their properties but they are simply not enjoying it. And this is gross violation of human rights.

“The difference between owning something and enjoying it, when it matters, is quite important…Are we enjoying human rights when we need it? For me, that question is about two things: State capacity and individual/civic capacity. Does Nigeria have the capacity to provide the kind of protection that we need? And do we as citizens have the capacity to claim our rights at the point that we need to and we must?” he asked.

He pointed out that the issue of state capacity is about the institutions: the Police and the bureaucracy but the citizens seem to have lost faith in these institutions.

“Nobody wants to go court because they believe they can get their problem sorted out without the bureaucracy. Some people will violate your rights and look into your eyes and tell you to go to court. But court is no longer the answer to most Nigerians and because they have lost faith in the court, then vigilantism is rising,” Odinkalu stated.

He however enjoined Nigerians to see human rights as an item of identity more than a property.

Odinkalu’s submission tallied with that of Sandra Iszadore, one of the speakers and American friend of the late Fela Anikulapo-Kuti, who berated political leaders using religious and ethnicity sentiments to divide the ignorant citizens and benefit themselves.

“I don’t understand this ethnic division prevalent in Nigeria where someone would say I am Igbo, another would say I am Hausa and the other Yoruba. But all I see is black people. We are one. Collectively, we can achieve a lot because I see Nigeria freeing the whole Africa. We can achieve that if we jettisoned ethnic divide and greed,” she told the audience at the symposium to herald the 2015 edition of Felabration, a celebration of the music heritage, life and times of Fela Anikulapo-Kuti.

Sandra, who described herself and millions of blacks in the Diaspora as “displaced Africans that were stolen from Africa to the western world,” noted that the west is totally dependent on Africa for resources and to sell their modern technology.

“I know the riches are here. And since the riches are here we should be seeing people living a better life like those in England, France and Dubai. But what we see is the opposite. That means the political leaders are destroying our properties which is the human rights,” she said.

Ayo Obe, foremost lawyer and rights activist, also highlighted the lack of awareness of many of their rights.

According to Obe, one of the leading campaigners for the #Bringbackourgirls, people need to be helped to have a full grasp of their rights.

In his contribution to the debate, Kunle Ajibade, executive editor, TheNews/PMNEWS and the last speaker, took the audience down memory lane with reference to Fela’s 1978 Berlin concert with his spell-binding performance of the song “Pansa Pansa”.

Ajibade, who titled his presentation “Community Organised As Propeller of Human Rights”, drew inspiration for his contribution from Article 29 Section 1 of the Universal Declaration of Human Rights which states that “Everyone has duties to the community in which alone the free and full development of his personality is possible”.

“There is a sense in which this section supports the logic of Fela Anikulapo-Kuti in ‘Beasts of No Nation’. What is that logic? That you should not wait for tyrants, dictators and corrupt leaders to dash you human rights,” Ajibade told the attentive audience.

He pointed out the malaise of under development that Nigeria has been dealing with for some time, noting that the country is underdeveloped not because there are no brilliant, very talented people within and outside the country or because there are no abundant material resources but because “we hardly use the potent power of the collective to transform ourselves from obedient subjects to responsible citizens.”

The foremost journalist underscored the kernel of his delivery by saying that Nigerians will not have a good society if citizens don’t wake up to their obligations and get themselves organised in their communities for good causes.

Earlier in his opening speech, Olasupo Shasore, SAN, who stood in for Babatunde Raji Fashola, immediate former governor of Lagos State, as chairman and moderator of the debate, described the topic, “Human Rights As My Property” as a very engaging subject.

He also emphasized the need to build and strengthen institutions to help protect citizens against their rights being stolen and asked for more investment in the promotion of law.

Felabration activities started fully on Monday night with musical performances at the New Afrika Shrine. The annual international music festival will parade a variety of music stars from within and outside Nigeria. It will run daily till Sunday, 18 October, with daytime carnivals, road shows on major streets in Lagos and epic musical performances.

Aside Sandra Iszadore, who arrived Lagos on Friday with her husband, Bryon, some of the top acts slated to perform at the festival are Third World, international reggae group, London Afrobeat Collective, the Newen Afrobeat Band from Chile, Seun Kuti and Femi Kuti.