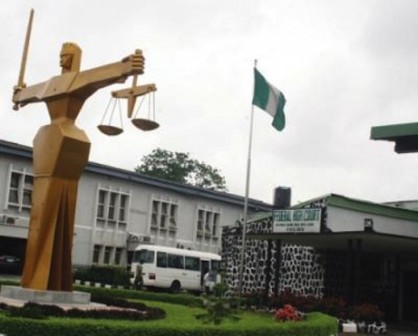 A former banker, Oyewusi Oyewumi, was on Wednesday charged with defrauding Stallion Microfinance Bank, Lagos, of N535,000 at a Surulere Magistrates’ Court.

But he pleaded not guilty.

The Prosecutor, Insp. Clement Okuoimose, told the court that the accused committed the offence sometime in 2012 while in the service of the bank at its head office at Ogunlana Drive, Surulere.

He said some customers made payments to the accused which he failed to remit into the bank’s coffers.

“The accused converted the money to personal use.

The prosecutor noted that the offence contravened Section 285 (7) of the Criminal Law of Lagos State, 2011.

Ruling on the bail application of the accused, the Chief Magistrate, Mrs A.A. Famobiwo, granted him bail in the sum of N50, 000 with two sureties in like sum.

She said one of the sureties must be gainfully employed and should provide evidence of tax payment as a Nigerian.

The magistrate adjourned the case to Oct. 26 for mention.