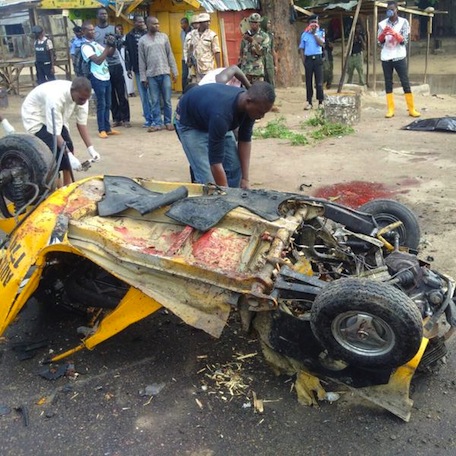 Reuters – Blasts detonated by three suicide bombers in the northeastern Nigeria city of Maiduguri killed at least seven people on Tuesday, the Red Cross and a vigilante group member said.

Explosive devices were detonated at Sajeri, a community on the outskirts of the city centre, around 8:30 p.m. local time (1930 GMT), said Ba’ana Musa, a member of a youth vigilante group that helped to evacuate people.

“Seven dead bodies have been evacuated from the scene of the blasts,” said a Red Cross official.

Maiduguri is the birthplace of the insurgency by militant Islamist group Boko Haram, which has killed thousands and displaced 2.1 million people since 2009 in its attempt to create a state adhering to strict sharia law in the northeast.

The explosions are the worst attacks on the city, capital of Borno state, since 54 people were killed and 90 injured in bombings three weeks ago.