Inflation up to 9.4%, above CBN ceiling 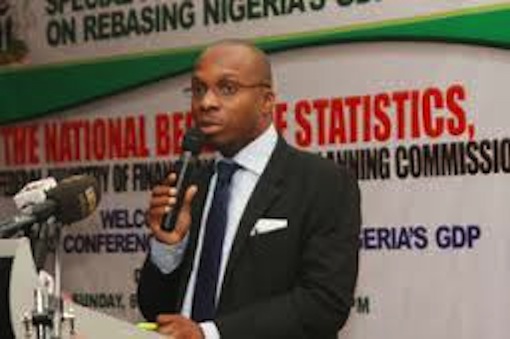 Nigeria’s consumer inflation was at 9.4 per cent year-on-year in September, up 0.1 percentage point from August and staying above the Central Bank of Nigeria (CBN) target ceiling, the National Bureau of Statistics said on Wednesday.

Food inflation rose marginally to 10.2 per cent year-on-year in September versus 10.1 per cent in August.

Inflation in Africa’s biggest economy has been rising this year as the effects of a weaker currency filters through the economy via imports. Due to its inadequate manufacturing capacity, Nigeria imports the bulk of what it consumes.

Nigeria’s inflation rate is at its highest level since February 2013. It rose above a central bank’s upper limit target of 9 percent in June.

Africa’s biggest oil producer has been hit hard by the slump in global crude prices, which has sent its naira currency spiraling. The central bank has restricted access to dollars for certain imported items to conserve its hard currency reserves, frustrating businesses.

Vice president Yemi Osibanjo has said Africa’s most populous nation will keep the currency restrictions for now to preserve its foreign reserves but will eventually relax them.