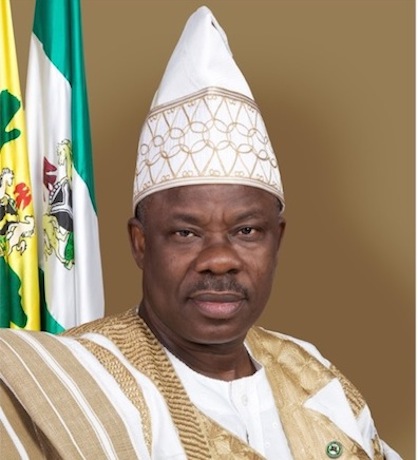 Ogun State House of Assembly has granted approval to the state government’s request to participate in the N10b special infrastructural development intervention fund to complete the projects being executed by the Ibikunle Amosun-led administration across the state.

The lawmakers further charged the government to ensure that all the 20 local government areas in the state benefit from the projects.

In a letter forwarded to the House, dated October 6, 2015, the governor requested the lawmakers to approve the state intervention the fund.

“As a follow up to the Federal Government’s restructuring of Commercial bank loans/salary bailout scheme. We hereby request for the resolution of the House of Assembly approving our participation in the special infrastructural intervention fund to the tune of N10,000,000,000 (ten billion Naira) only,” the letter reads in part.

The approval was granted on Tuesday through a motion moved by the House Majority Leader, Adeyinka Mafe, seconded by Olusesan Soyebo and supported by the whole house.

Earlier in the day, while opening debate on the motion, Mafe explained that the fund would help in ensuring the completion of infrastructural projects to enhance the socio-economic development of the state.

They sought for the judicious use of the fund so that all the three Senatorial Districts of the state will benefit from it.

The lawmakers urged the government to see that all local government areas in the state benefit from the intervention fund.

The lawmakers also appealed to the Federal Government to urgently refund money spent on the construction of federal roads by the state government, adding that it will improve the state’s finances to effectively and efficiently provide more dividends of democracy for the people of the state.