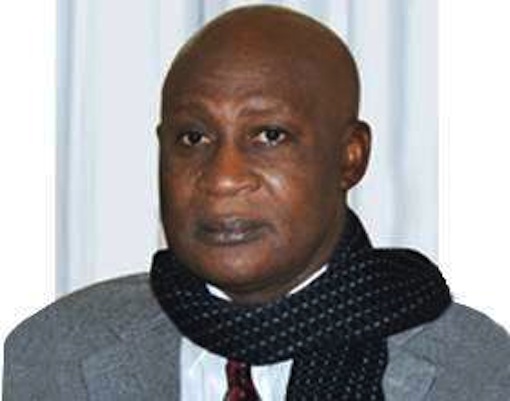 There was weeping Wednesday as the Managing Director of the Lekki Free Trade Zone, LFTZ Limited, Mr. Tajudeen Disu was buried at the Vault and Garden in Ikoyi, Lagos, southwest Nigeria.

As his body was being lowered to the ground, family members, relatives and friends wept bitterly as they paid their last respects to the departed.

At the reception after the burial ceremony held at the Lagos City Hall, Dr. Zikrulahi Adenugba, lecturer from Al-Hikma University, who delivered the sermon said Disu died as a martyr, while urging the Lagos State Government to keep the legacy he laboured for before his death.

He said government should support the family in whatever they intended to do and ensured that they were well catered for.

Sheik Ahmad Olore, another speaker at the burial ceremony urged the relatives of the deceased to ensure that there was no rancour after the death of Tajudeen Disu, saying “Unity should be the watchword always.”

Former Lagos Commissioner, Balogun described Disu as a peaceful man and “a very good family man and was good to a lot of people. He was generous to a lot of people and they would miss him badly. He was a very good friend of mine. We were classmates in school. He was my best man on my wedding day. We had been very close; we grew up together on Lagos Island.

“Alhaji Tajudeen was honest, dedicated and very committed to whatever he was doing. He worked relentlessly to ensure that Lekki Free Trade Zone project got to fruition but unfortunately he could not live to see the end of the project. I pray that God upholds his family, sustain them and give them the fortitude to bear the loss.”

Son of the deceased, Ibrahim Disu said he never knew how great his father was until his death.

“I knew my father was great but I didn’t know how it was until his death. Five minutes after his death, everyone had taken over the responsibilities for the burial ceremony. I must thank everyone who had rallied the family since his death.”