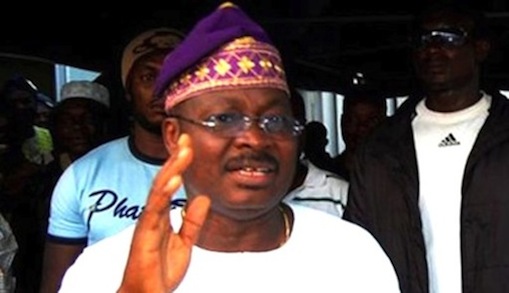 The five-man panel of the Court of Appeal sitting in Ibadan on Wednesday unanimously struck out the petition filed by the Oyo State governorship candidate of the Accord Party, Senator Rashidi Ladoja.

NAN reports that Ladoja had approached the court to challenge the ruling of the Governorship Election Petition Tribunal sitting in Ibadan.

The tribunal had on August 18 struck out an application filed by Ladoja seeking the leave of the court to call in a forensic analyst to tender the report made on the inspection of ballot papers and ballot boxes.

Ladoja had filed a petition challenging the declaration of Governor Abiola Ajimobi of APC as the winner of the April 11 governorship election in Oyo State.

But in the ruling, the court headed by Justice M. Saulawa dismissed the entire case and upheld the ruling of the tribunal.

“Handing a different ruling will be an exercise in futility.

“The appeal is dismissed in its entirety and the ruling of the lower tribunal on August 18 is upheld,” Saulawa said.

The court also said that the grounds for appeal was incompetent.

NAN reports that the application to incorporate a fresh issue by the appellant was also dismissed.