FCT gets $170m from France to boost power supply 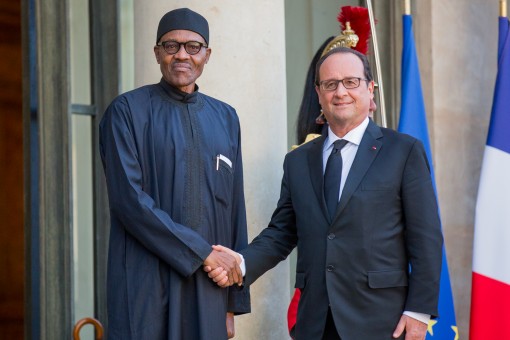 France says it has granted 170 million dollars aimed at increasing the power supply for the Federal Capital Territory (FCT).

The French Ambassador to Nigeria, Mr Denys Gauer announced this on Thursday in Abuja in a remark at the Nigeria Alternative Energy Expo 2015.

Represented by Mr Georges Vanin, First Counsellor, Political Affairs and Communication, Embassy of France, Abuj, the ambassador said the power sector was one of the three priority sectors identified by the French Development Agency (AFD) in its 2014-2016 strategy in Nigeria.

“The AFD is contributing to the development of the electricity transportation network by supporting the public company Transmission Company of Nigeria (TCN).

“On the occasion of a first project aiming at increasing the power supply for the Federal Capital city, Abuja, the AFD has granted 170 million of dollars to the Federal Government in 2013.

“This project is on-going. A second one is being considered for 2016,” he said.

He explained that Nigeria was one of the first African countries targeted by the Sustainable Energy for All initiative.

“In September, Nigeria has indeed presented its objectives and plan of action for this initiative.

“The federal government has declared the access to power as its first development priority and has asked the AFD to play a role in addressing this challenge, especially in terms of transporting electricity.

“The AFD is willing to improve the efficiency of the private supply networks through a 150 million US dollars soft credit facility granted to two local banks.

“The credit facility is under final assessment by AFD for funding Distribution Companies investments.”

According to him, in addition, AFD is working on another 150 million dollars credit facility to support the private sector initiatives in favour of clean and renewable energy.

“This model of credit facility, called SUNREF, has been very successful in East Africa.

“I have no doubt that it will also be a success in Nigeria where the private sector is pro-active,” he said.

The envoy said AFD was also willing to support the reform of vocational training in the power sector through financing the National Power Training Institute of Nigeria (NAPTIN).

He identified the lack of labour force and qualified technicians as an obstacle to the success of the power sector reform.

Gauer, however, said NAPTIN was now keen to change its culture and governance models in order to satisfy needs of training from private and public operators.

He said the AFD Group would continue to be active in three key sections of the Nigerian power sector, namely, production, transmission and distribution.