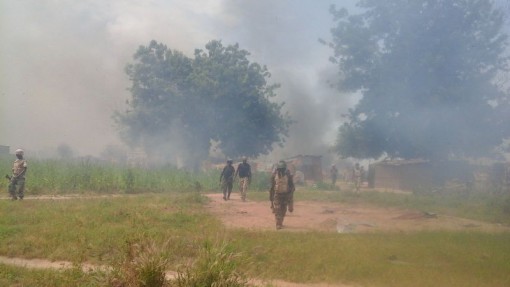 According to residents of Dar village, two female suicide bombers blew themselves up, killing 12 persons including three children, who had sought refuge in the bush.

The injured have been taken to the hospital in Yola for treatment.

Since the Nigerian military flushed out the militants in February, the council area has turned a playground of the militants as they keep attacking villagers who have returned home, repeatedly.

The insurgents also reportedly seized at Gubla village, a military vehicle conveying food supplies to Nigerian troops in the area.