Traffic deaths preventable, WHO says in call for road safety 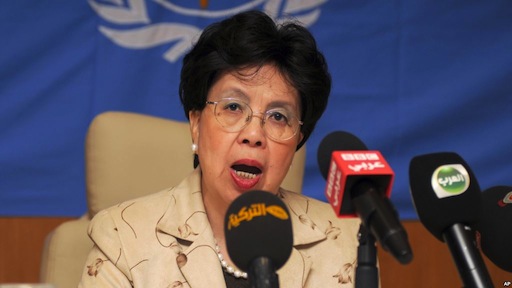 Margaret Chan, Director General of WHO

Countries must introduce tougher laws to prevent drivers from speeding or drinking and help reduce the toll of 1.25 million people killed each year in traffic accidents, the World Health Organization said on Monday.

The United States, Indonesia and Nigeria are among countries failing to apply best practices, the WHO’s Global Status Report on Road Safety 2015.

Car-makers can also play their part, a WHO expert said. Too often safety features are sacrificed in order to keep down car prices, Dr. Etienne Krug said.

“Better laws are needed on speed, drinking and driving, use of motorcycle helmets, seat belts and child restraints,” WHO director-general Margaret Chan said, launching the report.

Halving the number of deaths and injuries from road traffic crashes by 2020 is among the UN’s Sustainable Development Goals adopted last month by world leaders.

Cyclists, motorcyclists and pedestrians are particularly vulnerable, accounting for 49 percent of fatalities, it said.

Chan said that low and medium income countries accounted for 85 percent of road traffic deaths despite having 54 percent of the world’s vehicles. Europe has the lowest death rates and Africa the highest.

“We are talking about some rather simple and basic things such as seat belts, such as front-impact regulations, such as electric stability control,” Krug said.

“The vast majority of cars being produced around the world are still not up to the best safety standards. Very often in many places the safety of vehicles is sacrificed in order to have improvements in prices,” he said.

“And that does not necessarily need to be expensive. Very often the assumption is that we need more helicopters and very fancy ambulances.

“In fact, a very basic ambulance with minimum equipment and people who are trained in simple (life-saving) measures could do a lot of good.”

New York City Mayor Michael Bloomberg said that city had cut traffic deaths to historic lows by making streets safer for cyclists and pedestrians, and it was possible to do that around the world.

“Traffic crashes are something like the ninth leading cause of death in the world. They are the number one cause of death for people aged 15-29,” he said. “The fact is that every one of those deaths really is preventable.”